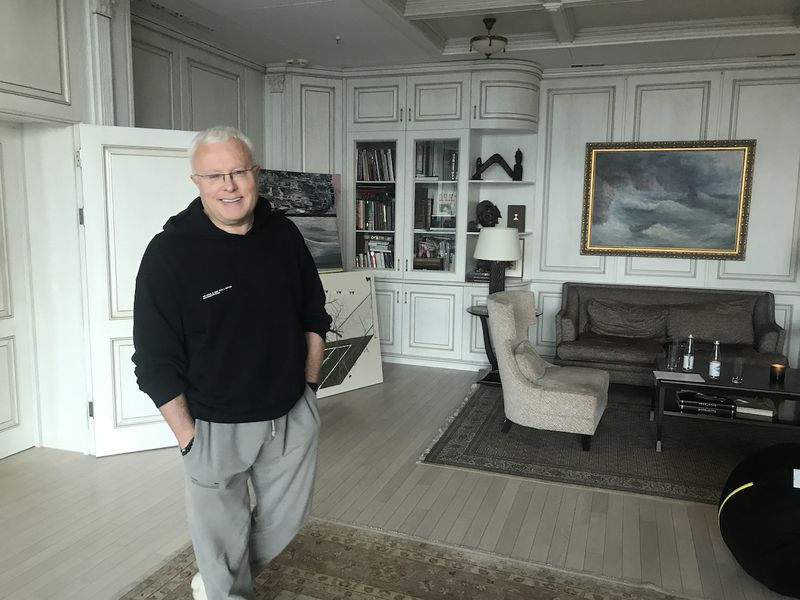 Alexander Lebedev, the former owner of Russia’s National Standard Bank and the publisher of U.K. newspapers The Independent and Evening Standard, is starting a new cryptocurrency project.

The decentralized finance (DeFi) startup he founded, InDeFi, plans to introduce a ruble-backed stablecoin on the Ethereum blockchain, co-founder and CEO Sergey Mendeleev said at the Blockchain Life conference in Moscow.

Mendeleev, who is also founder of the Garantex crypto exchange sanctioned by the U.S. Treasury, noted that the project has nothing to do with the Bank of Russia’s digital ruble. InDeFi’s crypto ruble will be decentralized, Mendeleev said. A trial version of the coin with minimal features is available for testing and feedback, he told CoinDesk.

The coin "will not only make it easier for Russian citizens to access international cryptocurrency exchanges, but also, after changes in legislation, provide transactions with foreign counterparties via crypto,” Mendelelev said on stage.

Following the model of MakerDAO’s DAI algorithmic stablecoin, issuance of crypto rubles will be performed by a decentralized smart contract with overcollateralization. In MakerDAO’s system, users lock ether in a smart contract and take out loans in DAI. The loans are backed by the ether collateral locked in the smart contract escrow.

One InDeFi token will strictly equal one ruble, Mendeleev said.

InDeFi was launched last year by Lebedev and Mendeleev as a facility offering loans in stablecoins. Lebedev, a former officer in the Soviet Union’s KGB secret service, fell out of favor with President Vladimir Putin’s regime in 2008 after a small Russian newspaper he owned published a story saying Putin had an affair with the Olympic champion gymnast Alina Kabaeva. Lebedev lost both his banking and publishing businesses in the country.

In an exclusive interview to CoinDesk last April, Lebedev said he has been studying fraud in traditional banking and viewed crypto as a way to bypass the corrupt mainstream banking system.

In a comment to CoinDesk, Mendeleev said that InDeFi has not been performing well recently, just “like any other DeFi project on the falling market.” It is “looking for new forms [of business] and apps.”

“Just imagine, it would be as easy to trade ruble on DEXes as USDT, for example,” he said, referring to decentralized crypto exchanges and tether, the largest dollar stablecoin by market cap.