US Treasury to Recommend Issuing Digital Dollar if in National Interest: Source 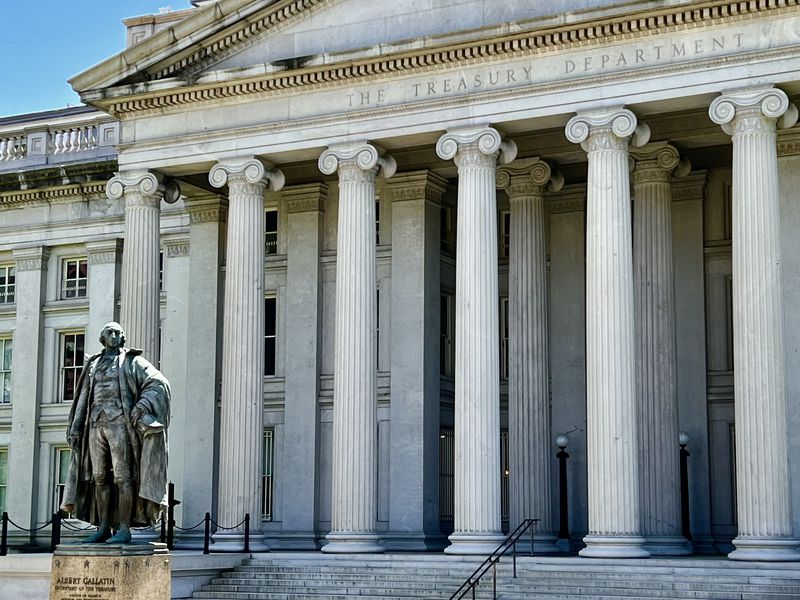 The U.S. Treasury Department will advise the federal government to press forward on work to issue a digital dollar, though it should only take the final step if there’s sign-off that the government-created tokens are in the “national interest,” according to a person familiar with a report emerging soon.

The question of national interest will depend on further approval of the Biden administration and – potentially – action by Congress, said the person, who requested anonymity because the Treasury’s “Future of Money” report hasn’t yet been released. This national-interest decision is made murkier by the question of whether U.S. legislators need to pass a law to authorize the Federal Reserve to create a central bank digital currency (CBDC) – a question that may be answered soon in a separate analysis.

President Joe Biden’s executive order this past March called for crypto recommendations from several corners of the federal government, and many of those reports have come due. The Treasury’s document on how to handle the question of a digital dollar – expected to be released in the coming days – is among the most eagerly awaited, because issuing such a token could upend the digital assets industry and have major implications for consumers’ relationships with traditional banks.

A spokesman with the Treasury Department declined to comment on the report.

Still, the final decision on issuing a CBDC belongs with the Fed board, and Chair Jerome Powell – along with other senior Fed officials – has repeatedly stated the central bank won’t move without support from the administration and Congress. So far, the Fed has been reticent to clarify what congressional approval needs to look like, despite Republicans’ best efforts to dig out a response.

The Department of Justice may soon answer whether the project requires the backing of a new law when it issues its own crypto report. If Justice says the president is the only one who needs to decide whether a CBDC is in the country’s best interest, Powell and the board will have a choice to make: What signal of support do they need from Congress?

While the “Future of Money” report won’t explicitly provide an administration endorsement for the digital dollar, it will suggest potential ideas for how it could be designed, the person said. It will also highlight work being done on a government real-time payments system expected to begin next year, which may take some pressure off the CBDC decision.

Though other nations – such as China – have moved ahead with CBDCs, President Biden hasn’t yet made his view known on whether he’d favor issuing a government token.

Even if Biden, Congress and the Fed eventually decide to put out a digital dollar, it could take as much as five years to design and launch one, according to Fed Vice Chair Lael Brainard. That would give the crypto industry a long time to establish private stablecoins as an alternative for users. Fed officials have said they believe there would be room for the private sector to operate dollar-pegged cryptos alongside a public token.

The industry inadvertently shoveled some fuel into the CBDC fire this year when one of the largest stablecoins – algorithmic terraUSD (UST) – imploded and sent damaging shockwaves through the rest of the crypto infrastructure. Since then, regulators and lawmakers have been wary of stablecoins, which are meant to be the steadiest part of the crypto market because of their ties to underlying assets such as the dollar.

CBDCs have also been praised as a possible solution for widening financial access to consumers who don’t, or can’t, use banks.

“Unlike private digital assets, a CBDC issued by the Federal Reserve would be backed by the full faith and credit of the U.S. government, like the dollar bills in our wallets,” said Rep. Maxine Waters, (D-Calif.), the chairwoman of the House Financial Services Committee, in a statement earlier this year. She said a digital dollar could “hold the promise of deepening financial inclusion for underserved communities as more economic activity moves online.”

Fed officials have assured the wider financial industry that it would still have the role of managing customers’ digital dollars, and that the central bank wouldn’t have direct digital accounts for consumers.

To date, Biden’s executive order has produced three reports – including one on Thursday that focused on crypto’s environmental record. That document made a splash because it called for environmental standards for the industry and suggested that a failure to improve could lead to recommendations that crypto’s proof-of-work mining be limited or even banned.