The End of the Texas Bitcoin Mining Gold Rush 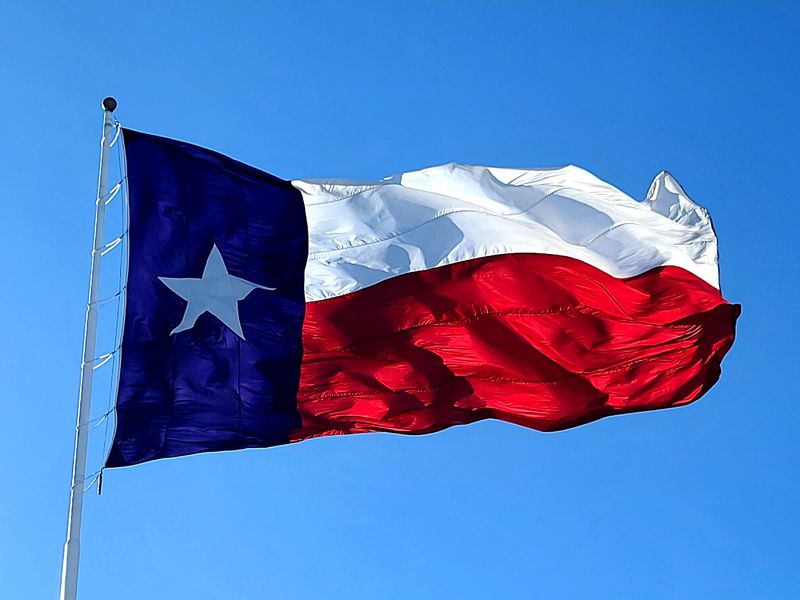 Texas was once a promised land for bitcoin miners, a business-friendly state with stable regulations and a seemingly endless energy supply. But the tide has turned.

The state’s grid operator, the Electric Reliability Council of Texas, or Ercot, has slowed issuance of new permits for miners to connect to the grid, said Steve Kinard, director of bitcoin mining analytics at the Texas Blockchain Council (TBC), an industry association. Ercot is trying to balance the state’s demand and supply of electricity.

Meanwhile, the pipeline of readily available electricity in Texas has run dry and bitcoin miners increasingly have to build out energy infrastructure such as generators and power lines for their machines to be plugged into. That buildout will take awhile.

“There's very few or no sites where you're just going to show up and plug in without any work,” even for smaller sites that consume around 10 megawatts (MW), Kinard said. “A lot of people have searched for that,” and now there are none left, he said.

Ercot noted the large number of miners waiting to plug into the grid and referred CoinDesk to the TBC.

These challenges have come at an inopportune time. Crypto miners have been struggling as the price of bitcoin has slumped over the summer, reducing the miners’ profits and forcing some to sell off their mined tokens to cover operating costs.

A slowdown in permitting has felt like a broken promise to some firms.

“While many companies were successful in building out large-scale operations in Texas, some companies did not get as much power as they initially expected, leaving them in a tough position,” said Ethan Vera, chief economist and chief operating officer at mining services firm Luxor Technologies.

“We continue to see fire sales of transformers, PDUs (power distribution units) and other equipment that the mining farms can’t use due to power constraints,” Vera said.

Chinese mining pool Poolin was planning a 600 MW site in West Texas in partnership with mining rig maker Bitmain. The first phase of the site with a power capacity of 100 MW has been energized, meaning electricity is flowing to the mining machines, but the rest is on hold, Poolin hinted.

The company feels “fortunate” to have managed to energize that portion of the bitcoin mine, a spokesperson said. But “until the situation changes,” the firm will be “forced to adapt” its operations and “look for new sites to compensate for the delay in power,” the spokesperson told CoinDesk.

Poolin had to lay off part of its team in Texas, according to a former employee who was among those laid off. At least three other people left the company’s Texas office in June and July, according to LinkedIn profiles reviewed by CoinDesk.

Other miners with big plans in Texas are Riot Blockchain, Core Scientific, U.S. Bitcoin Corp., and Genesis Mining (not related to Genesis Global Trading, CoinDesk’s sister company). Some of those projects have already had their interconnections approved.

In March, Ercot’s Large Flexible Load Task Force (LFTLF), which manages large loads on the grid including those for crypto miners, announced an “interim” process for large energy consumers to connect to the grid, while the task force figures out how to manage these flexible loads.

Ercot requires large consumers of energy to register and get approval from authorities before they can connect to the grid, which likely slows down the process of booting up, according to Texas law firm Vinson & Elkis.

Fewer projects have been able to energize per month since the process was established, Kinard said.

The approval process is a “prudent measure to ensure grid stability until the LFLTF completes its work,” a spokesperson for Houston-based data center power management firm Lancium said. Lancium helped the task force draft some of its white papers.

“The LFLTF is working with a broad group of stakeholders to develop proposed rules for how to best leverage these loads to reduce loads on the grid during times of stress,” the Lancium representative said.

Despite the new, slower procedures, the council remains friendly to crypto miners, Kinard said, adding that he hasn’t heard anyone at the grid operator saying they are no longer looking to attract more mining to the state.

The task force is thinking about bitcoin miners granularly: In its latest white paper on large load and resource reporting, presented at a meeting on Aug. 22, the task force included a series of questions aimed at determining the consumption of bitcoin mines specifically, such as what cryptocurrencies it mines, what application-specific integrated circuits (ASICs) it uses for bitcoin mining and what mining pool it is part of.

Based on miners’ answers, the task force will calculate the miners’ break-even price, taking into account network metrics such as crypto prices. That data will allow Ercot to estimate how miners will respond to energy market signals and plan adequate resources for each quarter.

How much is too much?

Ercot estimates that 33 gigawatts (GW) worth of bitcoin mining projects planned are waiting for permits, a representative told CoinDesk on Monday, up from 27 GW in mid-July.

Kinard said that the number of estimated mining projects waiting for interconnection is inflated because companies sometimes apply twice for the same project.

Instead, the TBC estimates that about 5 GW of mining will be built out by the end of 2023 and beyond that it’s too difficult to predict, Kinard said.

There are now 1.5 GW of active mining projects in the state, Kinard said.

By comparison, Ercot expects about 80 GW of peak demand during the summer of 2022, compared with up 93 GW of energy production based on current and planned resources, according to the council as cited by the Texas comptroller.

Some of that energy production, however, is located in west Texas, far from population or industrial centers and with no transmission lines to carry it efficiently where it is needed. Those parts of Texas sometimes even give away electricity for free because of oversupply.

The task force meets periodically to discuss the management of the grid and the new rules being created, such as the registration process. At the last meeting, 50 different issues were flagged for committee review. Most of them were minor procedural-type issues, but they still have to be worked through, which takes time, Kinard said in July.

With miners soaking up Texas’s excess energy, the grid is working with the miners to ensure that there is enough power to cool down homes and run essential services.

This process, known as curtailment or demand response, takes place when miners can make more money by forfeiting power, i.e. turning their machines off, for a price. They are selling it on the free market for a higher price than they would earn by mining coins.

Ercot sends notices, usually around the hottest time of the day, between 2 p.m. and 8 p.m. to miners, which can choose whether to curtail their power consumption. The TBC estimates those events happen around 200 hours per year.

Riot Blockchain said it earned $9.5 million in energy credits from Ercot for curtailing its consumption in July.

About 1 GW of mining shut down statewide to support the grid during summer heat waves so far, Kinard said.

For Environmental Working Group (EWG), a non-governmental organization that is part of a campaign to change the bitcoin code to reduce the network’s electricity consumption, this dynamic means that taxpayers are footing the bill.

“Most of the paused Texas crypto mining operations entered an arrangement with Ercot that provides robust financial incentives, meaning the companies were basically paid by Texas energy ratepayers to temporarily stop operations,” EWG said in a press release in July.

TBC and other mining supporters believe that with the additional income miners bring to energy producers, they can invest in increasing the supply of energy, thus bringing down prices overall.

Particularly for renewable energy producers that developed assets in places like west Texas, where there is little consumption, having miners pay for energy can bring valuable revenue. On top of that, bitcoin mines are some of the most flexible energy consumers out there, meaning they can turn on and off in a few minutes, unlike factories that need hours to ramp down, proponents of the industry argue.

This flexibility is particularly important when it comes to renewable energy, which is intermittent and unpredictable because it depends on the weather. Ercot’s interim CEO Brad Jones followed this line of argument in an interview published by CNBC in May.

In Texas and elsewhere, miners are increasingly looking to build their own power generation capacity or work closely with producers behind-the-meter, i.e. before the power hits the grid.

It’s not that energy has run out in Texas, Kinard said, but rather, it’s that infrastructure needs to be developed to harness it. Luxor's Vera said that he expects to see more mining built in the state, but from more experienced investors.

What is “exciting” about the future is that “bitcoin mining is about to enter a phase where it's very significant high impact infrastructure investments being made,” Kinard said.