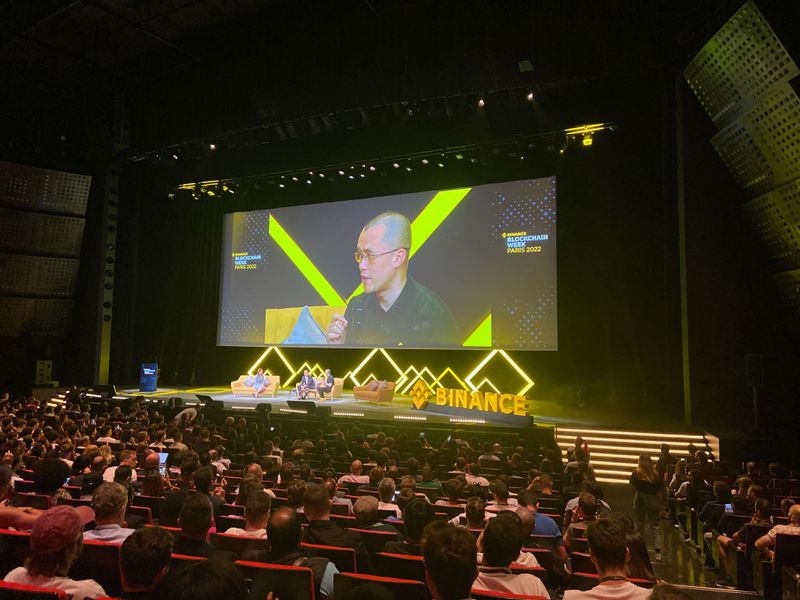 PARIS, France – Binance founder and CEO Changpeng "CZ" Zhao says the European Union's (EU) landmark Market in Crypto Assets (MiCA) regulation is "a little bit strict" on stablecoins, which are cryptocurrencies pegged to the value of other assets like gold or the U.S. dollar.

"The drafts are not adopting USD-based stablecoins which have 75% of the liquidity in the market," Zhao said speaking at Binance Blockchain Week in Paris on Wednesday.

In June, EU lawmakers agreed to the main political points of MiCA, which will allow crypto companies to operate across the bloc's 27 member nations with a single license. Some in industry are concerned that a legislative cap on stablecoins becoming widely used as a means of payment could constrain the market, particularly for assets not priced in euros.

Despite this, CZ described MiCA as "fantastic" and said he expects it to be viewed as "the global standard" in crypto regulation for other jurisdictions to copy.

CZ also said Paris is "probably...the financial hub for crypto in Europe and the larger part of the world," and expects the industry in France to "explode" in the next five years, which will be helped by lower taxes and much easier employment laws.

France has historically had a highly regulated labour market compared to countries such as the U.K., U.S., and even many countries in the EU, making it more expensive for companies to hire and fire. President Emmanuel Macron has since 2017 set out a program to ease some of those costs which has met opposition from trade unions.

CZ said that Binance has hired 150 people for its operations in Paris with plans to hire "a couple of hundred more" by the end of the year.

In May, the exchange was approved for registration as a Digital Asset Service Provider (DASP) with France's capital market regulator, the Autorité des marchés financiers (AMF). The registration permitted Binance to custody digital assets; facilitate the purchase, sale and exchange of such assets; and operate a trading platform for them.