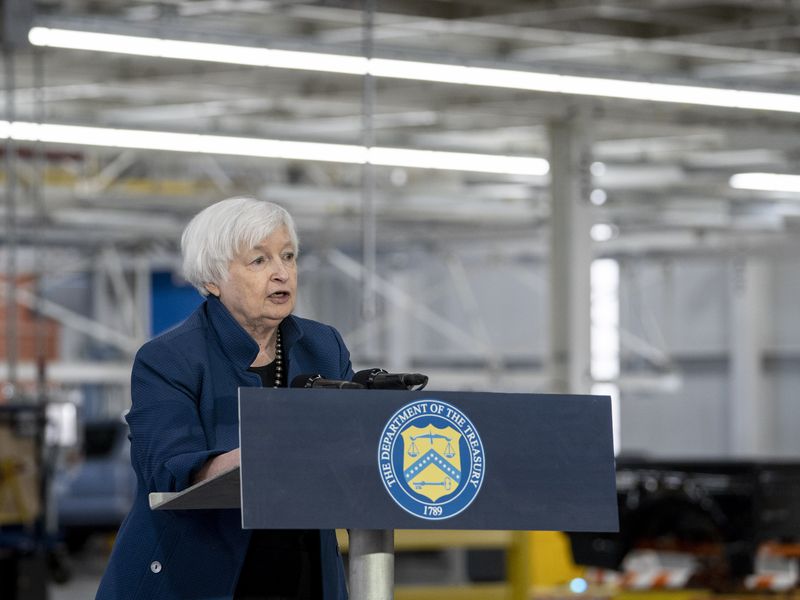 Crypto firms have been eagerly awaiting a series of U.S. government reports they hoped would clarify what the Biden administration and regulators intend to do about digital assets. Most of the documents are out now, but the picture remains murky.

The reports from the Treasury Department – three of them released Friday – largely recommend the government continue assessing crypto risks, keep up enforcement actions and push forward with work on a digital dollar (without recommending the U.S. should have one).

"The reports clearly identify the real challenges and risks from digital assets used for financial services," Treasury Secretary Janet Yellen told reporters in a briefing. "If these risks are mitigated, digital assets and other emerging technologies could offer significant opportunities."

The reports are a response to President Joe Biden’s executive order on digital assets, signed in March, which directed federal agencies to analyze different aspects and issues around the cryptocurrency ecosystem and provide recommendations for how the U.S. can both be a leader in the digital asset sector worldwide, as well as address any monetary stability or consumer protection risks posed by the burgeoning industry. Agencies will publish a total of 21 reports.

In a statement, National Economic Council Director Brian Deese and National Security Advisor Jake Sullivan said the different reports lay out concerns around consumer protections and illicit activities, and suggest how the administration can address these issues.

“Together, we are laying the groundwork for a thoughtful, comprehensive approach to mitigating digital assets’ acute risks and—where proven—harnessing their benefits. We remain committed to working with allies, partners, and the broader digital asset community to shape the future of this ecosystem,” the statement said.

After six months of study, the federal agencies made it clear that they're devoting a lot of attention to crypto, but they aren’t ready to declare a definite course of action. Still unanswered is the single biggest U.S. question in crypto: What makes a token a security, and which ones should be regulated as commodities?

Token issuers and trading platforms are hungry for an answer, and not knowing could bring costly enforcement actions as the industry continues to complain it’s navigating without a map. Securities and Exchange Commission Chairman Gary Genlser insists crypto businesses have a clear and simple map that leads through his agency’s doors.

Gensler repeatedly asserts that existing federal securities laws apply to the crypto industry, going so far as to tell a U.S. senator on Thursday that “the asset backed securities market took 10 or 11 years where they did these … exemptive orders or relief to individual issuers,” implying that a similar process may need to occur in crypto first.

A senior administration official told reporters that the reports recommend regulators “issue new rules and guidance” to close gaps around how existing financial regulations apply to cryptocurrencies, but noted that the agencies are independent of the executive branch.

“The recommendation is for the agencies to review their rules, clarify, coordinate and I think that the view is just saying … they have the necessary authorities … for firms that are not complying,” the official said.

On another titanic question for the industry – whether the U.S. will issue a central bank digital currency (CBDC) – the reports offered some ideas and suggested the Federal Reserve “continue its ongoing CBDC research, experimentation and evaluation,” but federal officials concluded that no digital dollar should be created unless it’s found to be in the “national interest.”

Who decides what’s in the national interest? That’s not so clear. The Fed will have a definite say, because the central bank would be responsible for managing it. It may further require a decree from the administration, and Congress may also have to get involved. The answer could be steered by a future legal interpretation from the Justice Department, which is expected to outline the authorities the Federal Reserve needs before it can issue a digital dollar.

A senior administration official told CoinDesk that, in practical terms, the answer is all of the above. The Fed is independent but will collaborate on an answer with lawmakers, the administration and other federal agencies to decide the national interest.

For their part, Fed officials including Chairman Jerome Powell have said they don’t intend to press forward without agreement from both the White House and Congress. Meanwhile, the Treasury will lead a dedicated working group to coordinate the ongoing CBDC work, according to one of the reports.

Yellen, during the press briefing, said “Right now, some aspects of our current payment system are too slow or too expensive. The report encourages us to continue working on innovations to promote a system that is more efficient and inclusive.”

One of the recommendations in that report is to advance CBDC policy and technical work, she said, though Yellen did not address how the government might make a decision to actually issue one.

When asked what other practical next steps the reports are suggesting, senior administration officials responded that they’re seeking a “redoubling” of investigations and enforcement efforts against the industry. Friday’s White House document pointed at the SEC and Commodity Futures Trading Commission.

The White House also emphasized that agencies like the Consumer Financial Protection Bureau and Federal Trade Commission, two federal regulators which have not been as active as the earlier regulators in the crypto sector, should “redouble their efforts to monitor consumer complaints and to enforce against unfair, deceptive or abusive practices.”

The Treasury will also work on further reports – one to assess risks in decentralized finance (DeFi), due in February, and another looking into non-fungible tokens, due in July. But the next report that could carry significant weight is expected next month, detailing potential finance-stability risks from the crypto industry. While the Biden administration continues to study crypto and pursue “aggressive” enforcement, several efforts are underway in Congress to establish industry regulations. Many of them focus on the Commodity Futures Trading Commission as a central watchdog for crypto activity, though none of them are nearing completion as the current legislative session winds to a close at the end of the year. The bill that had the most momentum this year – a narrower effort to regulate stablecoins – has so far been stuck in committee negotiations.

The White House document suggested Biden could recommend a federal licensing or oversight regime for nonbank payment providers. One of the Treasury reports expanded on this, saying a payments regulatory structure would minimize risks but support these types of companies.

“Nonbanks are increasingly providing payment services, including issuing money (or money-like) liabilities and processing payments. On the one hand, participation by nonbank payments companies may contribute to higher levels of competition, inclusion, and innovation. On the other, if these firms are not adequately regulated and supervised, there may be risks to consumers, the financial system, and the broader economy,” one Treasury report said.

However, the report did not specify what this structure might look like. The crypto industry has long sought a federal regulatory regime that might allow crypto exchanges to apply for only one license that would allow them to operate nationwide, rather than have to apply for a money transmitter license in each state they wish to operate in.