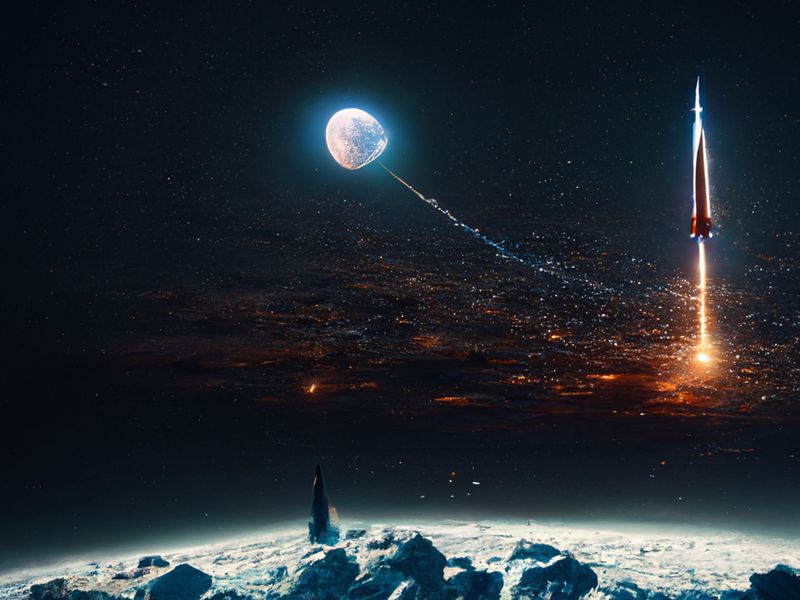 LUNA, the cryptocurrency of the Terra blockchain’s recreated version after dramatically imploding earlier this year, tripled in price within a few hours time Friday, trading close to its all-time high set in early June when the token was introduced.

The token’s price skyrocketed to almost $7 from less than $2, according to data by cryptocurrency price tracker CoinGecko. At press time, LUNA was changing hands at around $6, up more than 212% in the past 24 hours with vastly higher trading volume seen during recent days. 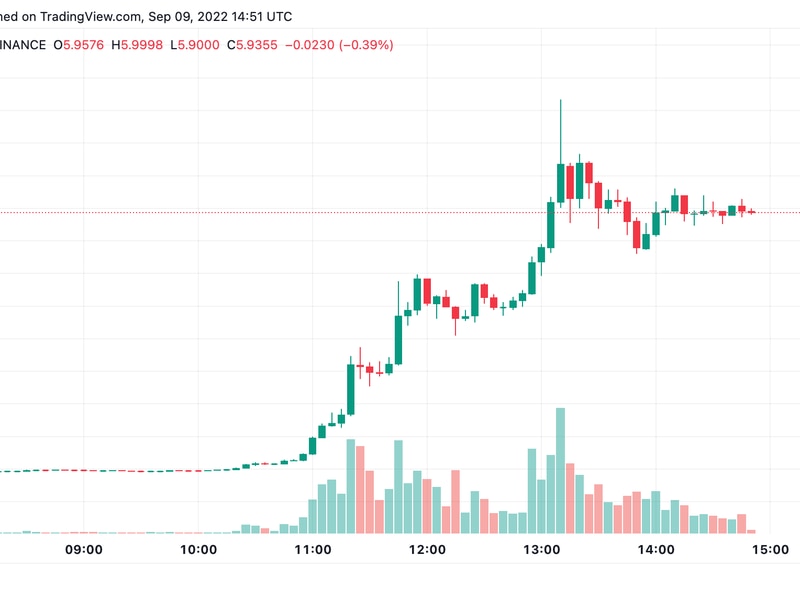 LUNA is the native token of the second version of the Terra blockchain, brought back to life after Terra’s collapse in May, which wiped out $60 billion in value. The implosion led to investigations for fraud against Terraform Labs, the firm that created the blockchain, and its founder Do Kwon. The old blockchain was rebranded to Terra Classic, and hosts the luna classic (LUNC) token and its stablecoin USTC.

Risky assets such as cryptocurrencies appear to be rallying broadly Friday in a relief rally as multiple economic indicators signal a slowing global economy and traders are weighing the possibility that the Federal Reserve might slow down rate hikes sooner than expected or even cut interest rates next year.

The newly launched CoinDesk Market Index (CMI), which tracks the price movement of a basket of 148 cryptocurrencies measuring the performance of the broader crypto market, is up 5.6% in the past 24 hours. Bitcoin (BTC) is leading the rally as it jumped to $21,000 from $19,000, marking its highest daily gain in six months.

LUNC has also surged as traders got excited about a new burn scheme that would reduce the token’s hyperinflated supply, as CoinDesk reported yesterday. The rally has somewhat stalled since then, as the coin slid 17% in the past day.

Crypto market watchers are puzzled about LUNA’s wild price movement as there hasn’t been any news or development specific to the network that would ignite hype amid retail traders.

Looks like degen casino season is back. $LUNA is up 130% in the last hour without any news.

Data by digital asset social intelligence platform LunarCrush points to a retail speculative frenzy, as mentions and engagements on social media platforms have shot up recently. So far, the new Terra blockchain struggled to attract investors to its ecosystem. The network’s total value locked (TVL) – an important metric in decentralized finance (DeFi) that measures how much value a protocol can accrue from investors – stood at a meager $51 million at press time, while the “old” Terra Classic blockchain’s TVL reached more than $20 billion in May before its collapse, according to DeFi data tracker DefiLlama.