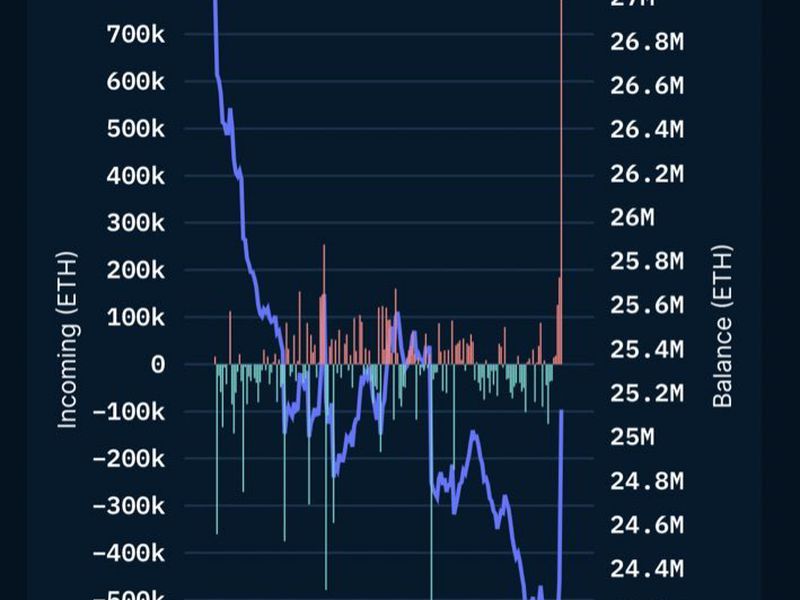 A huge amount of ether is being moved to centralized cryptocurrency exchanges leading up to Ethereum's pivotal technological overhaul, the Merge.

The crypto community is worried about a price slide due to the influx of ether (ETH) into exchanges.

The cumulative inflow of $1.2 billion is supposedly the largest in six months. The total number of ETH held in centralized exchange wallets has jumped to a two-month high of 25.34 million.

An influx of coins into exchanges is usually taken to represent investor intention to sell, while outflows typically represent an intention to hold for the long term.

"Highest exchange inflows in 6 months. Thanks, Svanevik, for alerting. Again be careful," one Twitter user said.

Perhaps coins have been moved to exchanges to collect potential Ethereum fork token ETHPOW on an exchange, so those can be liquidated immediately instead of receiving the so-called airdrop in a hardware wallet.

Hochan Cheung, head of marketing at Korea-based analytics firm CryptoQuant, said the coins have been moved to derivative exchanges, which indicates investors are trying to hedge their position in case of price volatility around the Merge, slated to happen in three hours from now.