More Volatility Ahead for Bitcoin as Federal Reserve Keeps Quiet 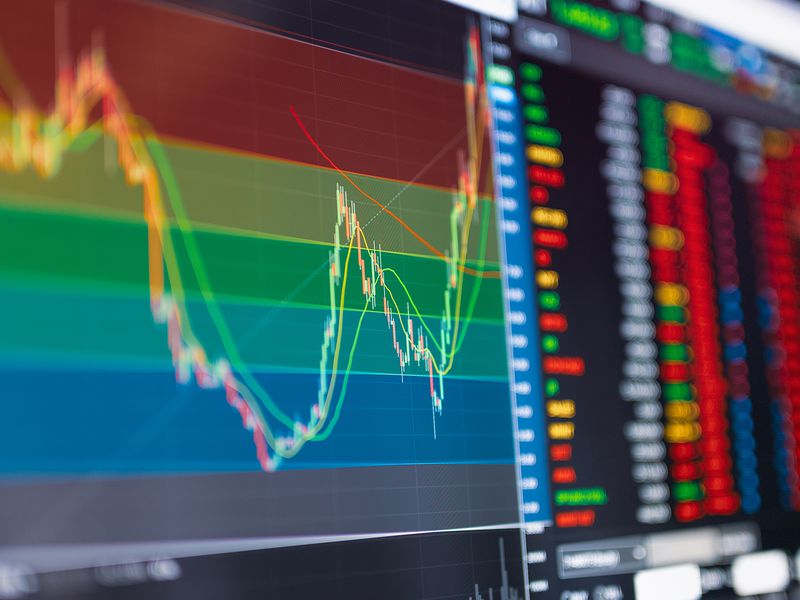 More volatility is likely for bitcoin (BTC) in the months ahead as the largest cryptocurrency by market capitalization faces decoupling from traditional markets and decreasing forward guidance from the U.S. Federal Reserve.

Bitcoin has already fallen 56% from about $47,500 on Jan. 1 to its current perch just above $20,000. Increased volatility would reflect the Fed’s new data-driven approach that changes the Fed’s current practice of foreshadowing the pace of interest rate hikes before Federal Open Market Committee (FOMC) meetings that set monetary policy.

But even more volatility on the downside could be ahead, as macroeconomic uncertainty weighs heavily on crypto investors.

In a July press conference, Fed Chairman Jerome Powell told reporters of the change, which means the central bank won't make decisions until the last minute. Investors will likely become more speculative in the absence of clear signals from Fed governors or otherwise.

“Volatility is unlikely to go away in the coming months as the Fed is preparing to step up the process of shrinking its massive $9 trillion balance sheet or the so-called quantitative tightening in September,” Kaiko researchers wrote in a note on Monday. “Together with rising interest rates and a data-driven approach to monetary policy, this will likely put additional pressure on risk assets.”

Now, the Fed is willing to hurt stocks and other assets, including cryptocurrencies, for the greater good of taming inflation, which Powell reiterated in his speech on Friday at the Fed’s annual Economic Symposium in Jackson Hole, Wyoming. Powell’s remarks were praised by some monetary policy observers who were hoping for a clear commitment to address rising prices that could cripple the economy.

“I was actually happy to see how Chair Powell's Jackson Hole speech was received,” Neel Kashkari, president of the Federal Reserve Bank of Minneapolis, told Bloomberg. “People now understand the seriousness of our commitment to getting inflation back down to 2%.”

The Fed’s new level of opacity means that bitcoin traders will have to react to what the Fed does, and that includes studying the same indicators as Fed bankers.

“We're data dependent just like the Fed at the moment,” said Jeff Dorman, chief investment officer at Arca, an asset-management firm. That means in the coming weeks, traders will be assessing corporate earnings reports and employment and other economic data.

“Traders are trying to figure out what exactly is the path going forward, and as a result, we probably won’t trade well on every installation print that comes out that's below expectations,” Dorman said.

Bitcoin has largely tracked the tech-heavy Nasdaq Composite index this year, hitting correlation highs in May before plummeting in June and July. After the release earlier this month of minutes from the FOMC's meeting in July that showed the Fed is more inclined to hawkishness, the strong correlation between cryptocurrencies and tech stocks returned for a few days as investors sold risky assets, but the link has subsequently waned. 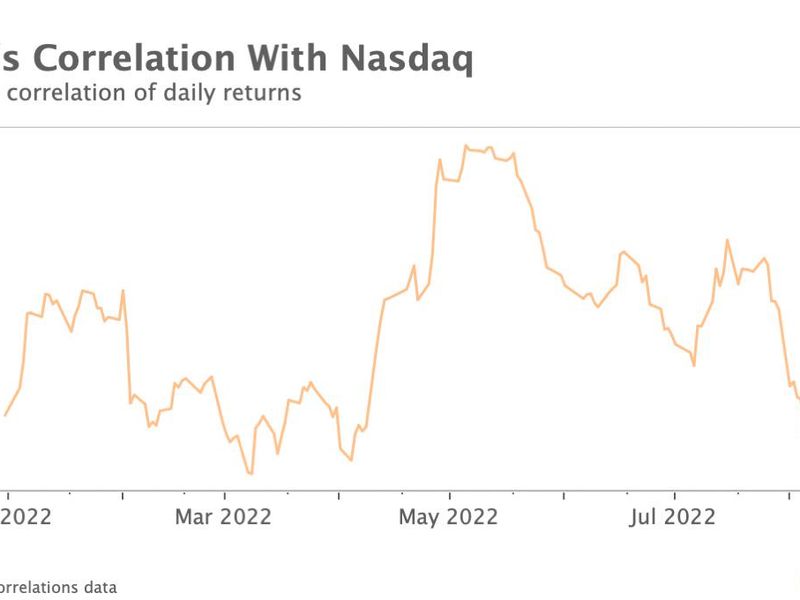 And Arca’s Dorman said that trend is likely to continue.

“Bitcoin has no cash flow, it hasn't acted as an inflation hedge, it hasn't acted uncorrelated,” he said. “It hasn't done anything that it has been built to do, so until you get a fresh narrative for bitcoin, I think it will continue to lag the market and you're seeing that right.”