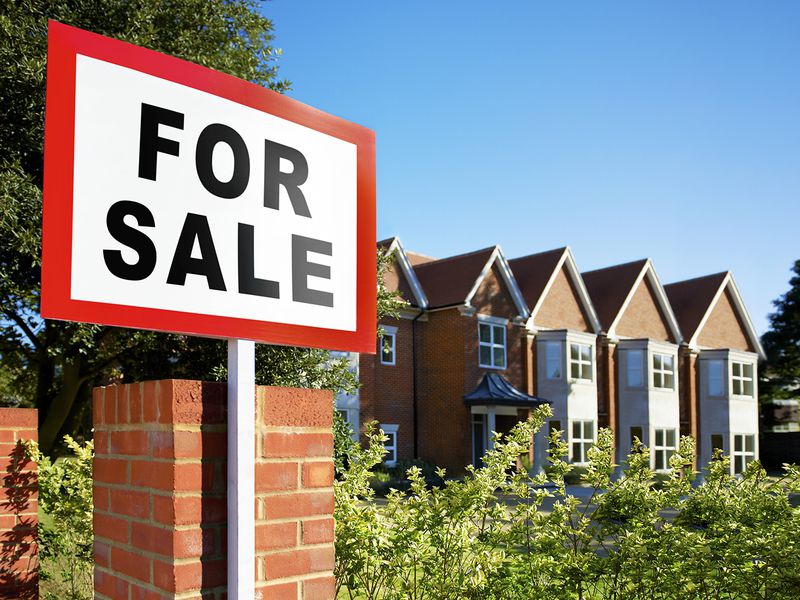 Most crypto assets ended the day higher on Tuesday after new home sales fell 12.6% in July from the month before, the slowest pace since July 2016.

Bitcoin was recently trading 2% higher following the soft economic news and ether was up 4.8%. The tokens of blockchains Polkadot (DOT) and Avalanche (AVAX) traded more than 4% higher over the past 24 hours.

The drop in home sales offers the latest evidence that the U.S. Federal Reserve’s more aggressive approach to taming inflation is slowing the economy without casting it into a recession.

Crypto assets started the week rattled as most traders focused on the Federal Reserve’s economic policy symposium that kicks off on Thursday. Fed Chair Jerome Powell is expected to give a speech on Friday at the Federal Reserve Bank of Kansas City's annual Jackson Hole, Wyoming, economic symposium that could give a hint to the central bank's thinking on future interest rates.

Traders are hoping for positive news. Last week’s minutes from July’s Federal Open Market Committee (FOMC) meeting left traders in suspense as to what the Fed’s path forward will look like in detail – specifically in September when the central bank will likely raise interest rates again.

In anticipation of the annual symposium, most crypto assets fell Monday, although that bearish sentiment weakened during U.S. trading hours on Tuesday, which was likely a result of the new home sale data.

The CME FedWatch Tool, which gauges investor sentiment about monetary policy, strongly indicates traders are increasingly unsure of what to believe. A day ago, traders were betting on a 57% chance that members of the Federal Open Market Committee, the Fed's rate-setting body, would hike rates by another 75 basis points.

But on Tuesday, expectations flipped with investors betting on a 58.5% chance of a 50-basis point hike are dominating, which is approximately the same predication as a week ago.

Both a 50 and 75 basis point rate hike would most likely hurt markets, which have interpreted recent comments by central bankers as dovish. Another 75 basis point hike would signal that the Fed is more worried about rising prices than it was earlier this month following the release of unexpectedly favorable Consumer Price Index (CPI) data showing inflation slowing.

Bitcoin has fallen almost 12% over the past week, including a 10% plunge on Friday.

Bitcoin futures at the Chicago Mercantile Exchange, one of the world’s biggest derivatives markets, just traded at the largest discount to spot prices in at least 2 1/2 years after a big market plunge and right before August contracts expire.

Arcane Research keeps tabs on the average difference between CME’s front-month bitcoin futures – those expiring soonest – and the current market price for bitcoin itself for rolling one-month periods. On Monday, that showed front-month futures at a 3.36% discount. That’s a record low in the firm’s dataset that goes back to Jan. 1, 2020 – though CME bitcoin futures have been trading since December 2017.

That surpassed the previous low of minus 2.39% set on July 21, 2021, which was followed by a hefty short squeeze, according to Arcane.

CME futures have traded at a discount over the last two months but witnessed a short-lived recovery at the start of the month when there was some momentum in the market. Early in August, bitcoin briefly reached $25,000. But it sank below $21,000 on Aug. 19.

“The growing discounts in the front-month contracts might be explained in part by structural effects,” Vetle Lunde, an analyst at Arcane Research, said in a report.

“Still, such extreme discounts have not appeared during previous rolling periods,” Lunde said. “They might be a symptom of worsening liquidity or general de-risking as S&P 500 and Nasdaq see a tumultuous start to the week while the dollar strength index pushes towards new highs.”