First Mover Asia: Where in the World Is Do Kwon? Terra Co-Founder’s Absence Highlights the Complications of Extradition; Cryptos Climb Ahead of FOMC 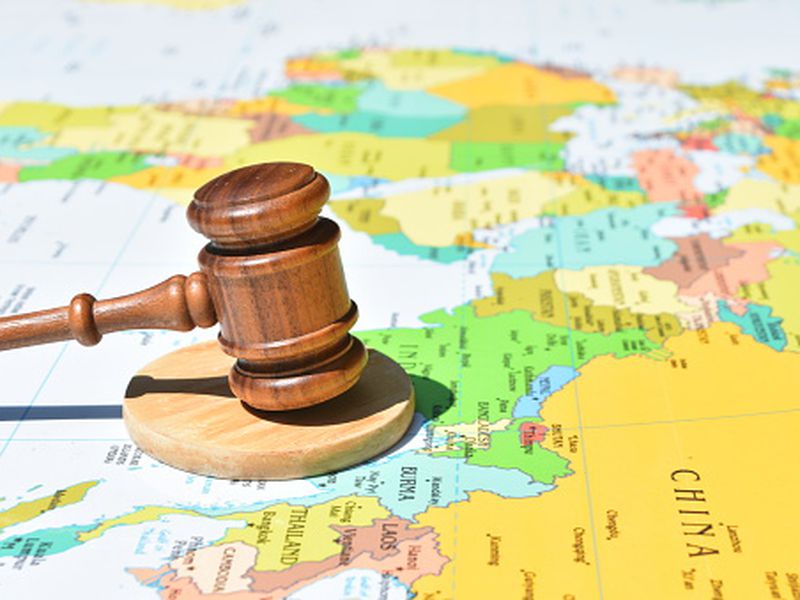 Prices: Bitcoin, ether and other major cryptos see-saw as the next FOMC meeting nears.

Insights: Where is Terraform Labs co-founder Do Kwon? Taiwan is an unlikely hideout, and extraditions can be complicated.

Cryptos Dip Early and Then Rise

Bitcoin was recently trading above $19,500, slightly above where it stood 24 hours earlier, although more than 6% higher than its low toward the close of Asian equity markets. The largest cryptocurrency by market capitalization had sunk to a three-month low under $18,400 as investors during Asia and Europe trading hours sent most risk assets lower amid heightened recessionary fears.

"Not only just cryptocurrencies, but also all risk assets in general are being sold off in anticipation for the pending...worldwide recession," Adam See, SVP and head of digital assets at Global X ETFs, told CoinDesk TV's First Mover program.

Ether was recently changing hands just under $1,400, a more than 3% gain from the previous day and up more than 8% from its perch under $1,300 early Monday. The second largest crypto in market value had dropped to its lowest level since July.

Most other major cryptos were in the green after climbing over the course of the day with XRP and SOL each recently up more than 4% and ALGO rising over 7%. Among the biggest losers, TRX and UNI were both off approximately a percentage point.

Crypto prices tracked equity indexes, continuing a trend they have largely followed this year, with the tech heavy Nasdaq, S&P 500 and Dow Jones Industrial Average (DJIA) each climbing the better part of a percentage point. The gains followed the Nasdaq and S&P's worst weeks since June and came as the yields on 10-year and more interest-rate responsive 2-year yields reached heights not seen for well over a decade. Crypto prices typically move in the opposite direction of yields.

The National Association of Home Builders/Wells Fargo Housing Market Index declined three points to 46, a ninth consecutive monthly drop that offered the latest evidence of the once hot housing market's cooling. The index measures building activity. Investors will be scrutinizing the release of housing starts on Tuesday and the U.S. central bank's decision on its next interest rate hike later in the week. The Fed is widely expected to continue its monetary hawkishness by boosting the rate by 75 basis points for a third straight time.

"I think 75 is probably the right number in terms of the Fed interest rate hike, Global X ETF's See said, although he added that Fed Chair Jerome Powell's about how he views the market place's "would be really telling."

See said that the Fed's aggressiveness suggested that "we are probably in the middle innings of a recession, hopefully toward the later end." But he also noted optimistically that the "crypto winter feels different," highlighting "strong venture capital funding flowing into crypto and Web3 companies" and TradFi companies' soaring interest in the digital asset space."

"There's a lot of compelling development within this crypto winter," he said.

Meanwhile, as CoinDesk reported, despite Merge hype, investors remained cautious on the blockchain’s native token ETH.Investment products tied to ETH saw a fourth straight week of outflows in the period ended Sept. 16, with the amount removed exceeding new money added by $15.4 million, according to CoinShares.

"Ultimately, it appears the Merge itself did not immediately attract new buy interest, or new buyers are about to get a nice discount courtesy of momentum traders with itchy trigger fingers," Dorman wrote but added: "Long ETH for the next 6-12 months as ETH benefits from being the most pure play blockchain investment and because it's just simple math."

The Mysterious Whereabouts of Do Kwon and the Complications of Extradition

Taiwan has a government, clearly defined territory, a currency, a national language, and a military, – but because of pressure from the People’s Republic of China, it’s excluded from most of the world’s international organizations, including the United Nations, World Health Organization, International Civil Aviation Organization and Interpol.

Now one might think, if a country is excluded from Interpol, it might be a nice place to hide out if you have an Interpol "red notice" attached to your name, as Do Kwon, the co-founder of Terraform Labs now has.

South Korea has extradition treaties with 31 countries worldwide, but there are 195 members of Interpol. Even if Kwon is in a country that doesn’t have a formal extradition treaty with South Korea, “extradition is possible based on a guarantee of reciprocity from the requesting state that it will accept extradition requests from Korea for identical or similar offenses,” according to a briefing note prepared on the topic by Korean lawyers published by consultancy GIR Insight.

The latest episode in the Terra saga highlights not only the options Korean authorities may have to take Kwon into custody but also the challenges of extradition. Since launching its International Fugitive Round-Up and Arrest (INFRA) program in 2009, Interpol operations have led to the location or arrest of about 1,000 fugitives, according to the law enforcement agency’s website, but international relationships, particularly with law enforcement issues, can be complicated.

In a Sept. 17 tweet, Kwon insisted that he was not "'on the run' or anything similar."

Despite Taiwan’s exclusion from Interpol, authorities in Taiwan have shown great interest in international cooperation on judicial matters and mutual legal assistance by signing agreements with many countries worldwide. South Korea isn’t on the list, but it has an agreement on the “exchange of judicial materials” with Taiwan.

Locally, the government has updated its extradition laws to align with international practices. The law says that Taiwan can refuse extradition requests on limited grounds including: “risks to Taiwan's sovereignty, national security, public order, or international reputation.”

Perhaps the most famous case of Taiwanese authorities working with international counterparts involves another tech scofflaw: Cody Wilson, the first person to create a 3D-printed gun.

Wilson’s claim-to-fame involved selling the files – not the gun itself – to print these weapons, and has had moderate success defending himself under the principle of code-is-speech before eventually reaching a settlement in 2018 that allowed the continued sale of these files.

But shortly after the settlement, Wilson was a wanted man on charges of soliciting a prostitute who was underage. Wilson’s passport was quickly canceled, and authorities in Taiwan arrested him on grounds of unlawful immigration status and delivered him to U.S. Marshals waiting at the Taipei airport. Back in the U.S., Wilson later pleaded guilty to a lesser charge.

Since then there have been many other lower-profile cases of extradition, but they have not been tied up in court or disregarded because of a lack of a treaty.

Aside from Taiwan, another place Kwon might be lying low is Palau, which is also not a member of Interpol because it doesn't want to be.

Binance CEO Changpeng Zhao is said to be a frequent visitor to the island country, as Binance helped set up its Digital ID initiative. Zhao is no fan of Kwon or Terra, but it would certainly be amusing if they were neighbors.

Crypto Exchange FTX Not Authorized in UK, Financial Watchdog Warns: However, FTX told Bloomberg it believes a scammer is impersonating the company.

As Ether, Bitcoin Wilt, Trading Firms Blame Lack of Bullish Catalyst for Market Swoon: ETH deposits to exchanges have yet to pull back, one observer noted. Investors began moving coins to exchanges ahead of last Thursday's Ethereum Merge.

Australian Senator Proposes Crypto Bill Targeting China's Digital Yuan: The proposal lays out disclosure requirements for banks that could make China's central bank digital currency available for use in Australia, and seeks to set up licensing frameworks for stablecoin issuers.

S. Korean Authorities Ask Interpol to Issue Red Notice for Terra Co-Founder Do Kwon: Report: Authorities in Singapore confirm that Kwon is no longer in-country, while he maintains that he’s not “on the run.”