First Mover Asia: The Michael Saylor Tax Case and What It Means; Bitcoin Wrestles With $20K 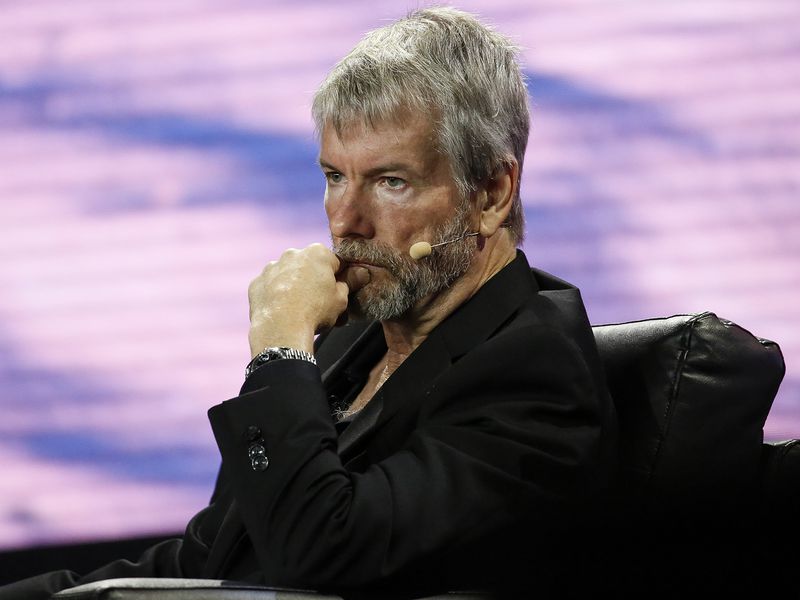 Prices: Bitcoin wrestled with the $20,000 threshold for a sixth consecutive day.

Insights: The District of Columbia's case against Michael Saylor raises a number of important issues.

Bitcoin's tango with $20,000 continued on Thursday.

The largest cryptocurrency by market value danced below the psychologically important threshold but then rebounded for the sixth straight day.

BTC was recently trading at about $20,100, roughly flat over the past 24 hours and near the middle of the tight range it's occupied for a week. Bitcoin plunged late last week amid mounting fears over continuing U.S. central bank monetary hawkishness and macroeconomic uncertainty.

The asset seems increasingly likely to remain in the same price rut until the release later this month of the latest inflation numbers and other key economic indicators, and the Federal Reserve's next interest rate hike, which is widely expected to be 75 basis points.

"I think we're definitely in a market purgatory for some time until some big things start to happen around the regulatory front," Greg Johnson, co-founder and CEO of Rubicon Crypto, told CoinDesk TV's First Mover program. He added: "I'm paying attention of course, like everybody else in the industry to what happens in September."

Ether, the second largest crypto by market cap, was changing hands just below $1,600, up about a 1.5% from a day ago. Johnson was upbeat about the Merge, the Ethereum blockchain shift later this month from a proof-of-work to more energy efficient proof-of-stake protocol that has excited investors.

"We look at the merge as one of the most important experiments in the blockchain community that's ever happened," he said. "The success lays the blueprint for other migration POW to proof-of-stake. That's going to have an impact on market performance short term. Really the big thing is what does this do to set in motion broader, similar moves across the blockchain space?

Other cryptos in the CoinDesk top 20 by market cap spent much of Thursday in the green with COMOS and LINK recently climbing more than 7% and 4%, respectively. Popular meme coins DOGE and SHIB were also up.

Equity markets were mixed with the tech-focused Nasdaq falling slightly but the S&P 500 and Dow Jones Industrial Average (DJIA) breaking four-day losing streaks to close up 0.3% and 0.5%, respectively. Investors will be nervously eyeing the Department of Labor's latest jobs report on Friday for signs of a cooling job market more consistent with a contracting economy. The current jobless rate stands at an historically low 3.5%, although a report Wednesday by payment processor ADP showing private employers adding a lower number of jobs to their payrolls than the average of the previous three months suggested some weakening in the jobs market.

Beleaguered crypto lending platform Celsius' troubles continued on Thursday as a group of custodial-account holders at Celsius Network formally asked the court overseeing the company's bankruptcy case to authorize the return of their funds.

Other industry and crypto market news was brighter. As CoinDesk's Krisztian Sandor reported, some analysts believe that the current bitcoin swoon offers a good opportunity to put on a contrarian bet on the digital asset's price rising. And CoinDesk's Jocelyn Yang found that even as the crypto market pointed downward in August, the prices of several altcoins rose because of positive news events affecting them.

Rubicon's Johnson believes that the crypto market will expand considerably at least in the U.S. only after regulatory efforts by leading government agencies progress.

"We believe that for big things to happen in the crypto markets, for us to go from being stuck at 16%,17% 18% U.S. adoption, we're going to need everybody to get on board, and over the next year or so I think you're going to start to see more and more of that start to take place. That's when we start to see the network scale that everybody talks about."

Johnson added: "There's over $100 trillion easily in the registered advisory industry in the United States. If just a small amount of that starts to migrate, the entire crypto ecosystem moves and it moves exponentially."

The Case Against Michael Saylor and What It Means

Tax residency is a complicated affair. Numbers play a part of it, but it's not the entirety.

The cryptocurrency industry is full of big, brash personalities. Given the increased prominence of the asset class, law enforcement is paying closer attention to the sector.

Binance is the subject of a probe by the U.S. Internal Revenue Service (though it’s unclear if this is a subpoena or just a conversation). The IRS has also promised to make more of an effort to go after traders that underreport income. MicroStrategy’s former CEO, Michael Saylor, finds himself being scrutinized by the District of Columbia’s Attorney General over his tax residency. Saylor says he’s a resident of Florida, where he claims he resides for over half the year, votes and reports for jury duty, but the case being brought by the District says he’s also a resident of D.C.

The complaint outlines that under D.C. law a person can be a statutory resident if they maintain a place of abode in the district. It also outlines that from 2013-2020 Saylor sometimes spent less than three months in Florida – and always returning to Washington, D.C., after. This round trip, they say, proves that his real home is in the District and not in Florida.

“He continued returning to Georgetown, where his yachts were docked, time and again. Furthermore, social media posts confirm that the District remained the center of both his social and business lives. His District abode served as a home accessible to his principal place of business in Tysons Corner, showing that his economic base of operations remained near the District, not Florida,” the complaint reads.

The complaint also says that despite registering to vote in Florida, Saylor has never actually voted in person in the state, according to voter records.

Saylor, for his part, disputes the charges, saying that he always remained in Florida for the majority of the year.

But the problem ism the case isn’t about that. It’s about where he made a home.

Every tax jurisdiction in the world accounts for this, otherwise the rich would shuttle themselves between low-tax jurisdictions and their "home base" and avoid paying tax. Washington, D.C., even has a special clause for this: Part-Year D.C. Resident. The item accounts for those that spend part of their year in the District, even if they don’t have a statutory residence.

One defense Saylor might have is to highlight the seemingly political nature of the prosecution. Saylor, brash personality and all, is a staunch libertarian (though he tends to donate across party lines) and cryptocurrency along with bitcoin maximalism tends to be a favorite whipping boy of the political left. The Attorney General, on the other hand, is fairly open about his disdain for the political right.

While the D.C. AG’s office does present a strong case against Saylor, it could have undoubtedly gone after lower-profile targets that don’t have lightning bolts in their Twitter profile picture.

The District of Columbia is suing MicroStrategy Executive Chairman Michael Saylor, claiming he lived in Washington D.C. for more than 10 years but never paid any income taxes to the district. Saylor denies the claims. CoinDesk's Nikhilesh De had the latest on that case and what to expect from the hearing in the Celsius bankruptcy proceedings. Also, Greg Johnson, CEO of Rubicon Crypto, discussed the busy month ahead in crypto markets.

Crypto Lender Celsius Files to Return Custody Clients' Funds: Celsius said these funds are not part of the bankruptcy estate, unlike funds from Earn and Borrow clients.

Defunct Crypto Exchange Mt. Gox to Set Creditor Repayment Date 'in Due Course': Creditors have until Sept. 15 to make or transfer a claim.

US Asked Binance for Documents Related to Money-Laundering Probe: Report: The request was made by federal prosecutors in late 2020.

Potential Ethereum Hard Fork Token ETHPOW May Trade at 1.5% of Ether's Price, Futures Suggest: Paradigm expects the token will open at $18 at minimum.

Then They Fight You: Scenarios for Coming Crypto Regulation: U.S. regulators are clearly ready to impose rules on the crypto market. If crypto advocates are serious about all this, it’s time to quit messing around.