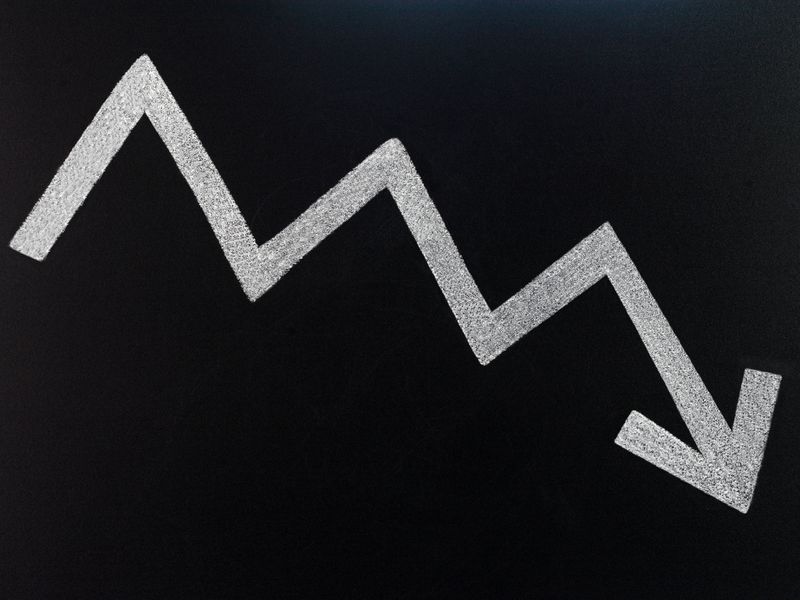 Prices: Bitcoin, ether and other major cryptos spent the day deeply in the red following a disappointing price index report.

Insights: A crypto bill, newly passed by California's assembly, is an overstep, say two legal experts, including the author of the bill.

So much for surprises.

The hotly anticipated August Consumer Price Index (CPI) arrived at an unexpectedly high 8.3%, and investors – crypto and otherwise – didn't like what they saw.

Bitcoin, the largest cryptocurrency by market capitalization, was recently trading just above $20,400, a more than 7% decline from 24 hours earlier. BTC, which had been hovering well over $22,500 just before the release of the report, plunged over 5% in the hour after the CPI release and kept spiraling.

Ether, the second biggest crypto in market value, followed a similar pattern and was changing hands under $1,600, a roughly 6% decline from a day earlier as inflation worries trumped Merge excitement. The Merge, the shifting of the Ethereum blockchain from a slower, more energy sapping proof-of-work protocol to proof-of-stake is supposed to occur Thursday, although recent ETH activity, even before the disappointing CPI, has suggested that the most significant price increases have already occurred.

Other major altcoins spent the day in a deep red funk with SOL and AVAX recently off more than 12% and 9%, respectively.

Yarlagadda said that the August CPI, which economic observers had expected to sink to 8.1%, offered the latest evidence that inflation remained a threat to the U.S. economy, and that the Federal Reserve would be more inclined to raise interest rates a third consecutive time by 75 basis points at its Federal Open Market Committee meeting next week.

"[The] Fed was very clear that they're gonna fight inflation first and then prioritize the soft landing," he said. "What that means is that it's going to be making some aggressive moves." He added: "The inflation data will probably create some drag on risk-on assets, and that's going to spill over into crypto."

As they've largely done in recent months, crypto prices dovetailed with equity markets, which also tumbled on Tuesday. The technology-heavy Nasdaq, the S&P 500, which has a strong tech component, and the Dow Jones Industrial Average struggled through their worst day since June 2020 with the Nasdaq plunging more than 5%. Market observers had expected falling energy prices to spur a more favorable CPI, but food and housing costs remain stubbornly high.

Earlier in the day, lawyers for Craig Wright, the Australian computer scientist best known for claiming to be the inventor of Bitcoin, said he will not provide any new cryptographic proof that he is Satoshi Nakamoto during his trial against Bitcoiner Hodlonaut, which began in Oslo on Monday.

Meanwhile, Yarlagadda noted that financial institutions have been strongly opinionated about the Merge's impact on pricing with some seeing it as a "starting point for something bigger," but others believing increases last month already accounted for the change. "Both sides are extremely passionate, but I don't think there is strong conviction that ETH is going to be rallying right after the Merge," he said. "Retail seems to be on both sides of the fence at this point, based on what we're seeing."

The Merge isn’t the only big crypto event this week.

California’s new digital assets bill which singles out stablecoins and currently awaits Governor Gavin Newsom’s signature could reshape the world’s digital asset industry, given the state’s size and importance in the cryptocurrency industry.

The crypto industry has been shifting dramatically since New York, another U.S. state of outsized importance, passed a BitLicense bill in 2015 that has set a precedent for state-level, crypto rules and led to New York Attorney General’s probe into Tether and a settlement.

Although federal legislative interest remains in stablecoins, a  first iteration of the STABLE Act, which would provide rules for stablecoin issuers, died in the halls of power. But the passing of California’s Digital Assets Law threatens to fundamentally change the stablecoin environment.

The law, passed almost unanimously last month by California’s state assembly, would prohibit California-licensed entities from dealing with stablecoins, unless that stablecoin is fully-backed by securities and issued by a bank or is licensed by the California Department of Financial Protection and Innovation.

But one of the minds behind the STABLE Act, is skeptical about how much meaningful difference this law will make.

“I feel like this is a state-level thing dealing with a federal-level problem,” Rohan Grey, a legal scholar who helped draft the STABLE Act, told CoinDesk. “The fact that this is a state-level bill still creates some limitations. They do not have the capacity to, for example, require FDIC insurance.”

The reliance on full asset backing of stablecoins is not necessarily going to be as safe as deposit insurance, Grey says.

Grey highlights how California’s bill is actually a step back from what was before Congress as it gives an option for stablecoin issuance from entities that aren’t banks – whereas the STABLE Act specifically requires chartered banks to play a role.

“We are trying to actually make sure that that bank perimeter is strongly enforced, whereas this allows someone to be potentially licensed as a stablecoin issuer without being classified as a bank,” Grey said. “One of the not-as-widely-reported but second order and subtle goals of that was to re-absorb the money transmitter industry into banks.”

While Tether, given its market cap, is often at the forefront of legislation around stablecoins, and as a result creates a stark divide between exchanges that can and can’t offer Tether (see: Binance/FTX.us versus their mothership), Grey thinks that it’s important to look beyond bad actors and consider broader market safety.

“For the people [the] behind STABLE Act, this is not a problem about individual bad actors; this is a problem about actually the structure of the market and the structure of the theory of safety,” he said. “If your theory of safety is, ‘We'll always have some assets on hand. That will be good enough,’ then you're leaving out operational risk. You can be hacked. Something could go wrong. You're not covering that.”

Even if California Gov. Newsom signs the bill into law this week, it won’t come into effect until 2025 based on the bill’s wording.

“This is highly likely to be way outdated and possibly inapplicable by the time we get to 2025,” Chris Lavigne, co-chair of the digital assets group at New York-based law firm Withers, told CoinDesk. “By 2025, I suspect the regulatory regime will have dramatically changed, and so I don't know to what extent this bill will become outdated and the laws in it will become outdated.”

Lavigne, like Grey, also takes issue with California doing something that’s more logical for the federal government to handle.

“This notion that they're going to prohibit California-licensed entities dealing with stablecoins unless it's issued by a bank licensed by California is a wildly aggressive position,” he said. “It would prohibit effectively most exchanges from either operating in California or the companies would have to cordon off their geofence people in California and not offer some of the digital assets that are on their exchanges, for example, in California.”

A bill that may ripple widely

Despite Asia’s large growing pools of liquidity, the U.S. remains the most important market for digital assets. At the end of the day, this complicates things much like how exchanges and protocols without meaningful exposure to the U.S. must be cognizant of New York’s rules, especially as these rules are more stringent.

“This creates a situation where California is trying to create some sort of standalone regime where in order to play ball in the United States, you have to first satisfy California regulators,” Lavigne said.

The August Consumer Price Index (CPI) was released, showing inflation at 8.3% over the past year, which was higher than expected considering that gas prices declined. FalconX co-founder & CEO Raghu Yarlagadda joined "First Mover" to discuss crypto markets, including the latest inflation data and the historic Ethereum Merge that is nearly upon us. Also joining First Mover was Raj Gokal, Solana Labs chief operating officer, and Securitize founder and CEO Carlos Domingo.

Wall Street Titans' New Crypto Exchange Aims to Seriously Cut Costs for Investors: EDX Markets, backed by major trading and investment firms like Schwab and Citadel Securities, will initially offer only a handful of cryptocurrencies such as bitcoin.

4 Things Blockchain Analysts Are Saying About the Ethereum Merge: Investors are increasingly turning to futures markets over spot markets in order to readjust their exposure ahead of the Merge, researchers said.

Twitter Shareholders Approve Musk Buyout Offer: Report: The Tesla CEO has repeatedly tried to back out of the $44 billion takeover deal.

Nansen Casts Doubt on Merge-Initiated Staked ETH Sell-Off: More than 70% of staked ETH is worth less today than when first purchased, the crypto analytics firm found.