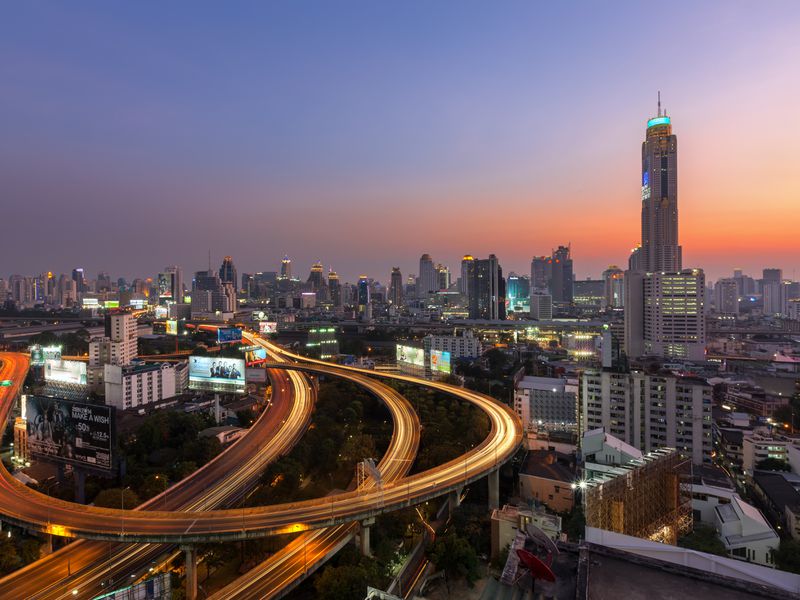 Prices: Thailand's interest in crypto is growing but regulation in the country is lagging.

Insights: Bitcoin held on to its sizable Friday gains to continue trading above $21K; ether held above $1,700.

Bitcoin held fast above its latest $21,000 threshold over the weekend as investors continued their hopeful wait for positive U.S. inflation data in the coming week.

The largest cryptocurrency by market capitalization was recently trading at approximately $21,800, up about 1% and somewhat higher than where it began the weekend. BTC spiked more than 10% at one point on Friday amid market optimism that with prices starting to fall, the U.S. central bank would be able to ratchet back its current diet of robust interest rate increases and liquidity tightening next year.

While noting bitcoin's encouraging rebound from $18,500 earlier in the week, Joe DiPasquale, CEO of crypto asset manager BitBull Capital also said that such resurgences have not been unusual for cryptos during down markets. "While bulls will welcome this bounce, it is important to note how continued bearish price action has intermittent relief rallies, especially as short position holders take profit," he said.

Ether recently sank about 1% but was still trading well above $1,700 level it regained late Thursday. Investors in the second largest crypto in market value await the Merge, the Ethereum blockchain's change from proof-of-work to a more energy efficient proof-of-work protocol that is supposed to be completed over the next nine days. Most other major cryptos from the CoinDesk top 20 by market cap were slightly in the red with UNI recently off more than 3% and popular meme coins DOGE and SHIB down over 2%.

The crypto price surge tracked stocks, which ended a three-week losing streak on Friday with the tech-focused Nasdaq closing up 2.1% and the S&P 500 and Dow Jones Industrial Average (DJIA) rising 1.5% and 1.2%, respectively amid a lull in risk-off sentiment stemming from inflation optimism. The link between bitcoin (BTC) and equity prices, particularly tech stocks, is growing closer again.

The U.S. Bureau of Labor Statistics releases the latest Consumer Price Index (CPI) on Tuesday and economic observers widely expect another slight decline in inflation at least partly because of falling energy prices. The price of Brent crude oil, a widely watched measure of energy markets, is now hovering around $90 per barrel, down roughly 25% since topping $123 in early June. July's 8.5% CPI fell slightly from the previous month, although it remains near a four-decade high.

In remarks Friday, St. Louis Fed President Jim Bullard said he had become more supportive of a third straight 75 basis-point rate hike and that investors should not not underestimate the possibility of continued high rates in 2023.

In crypto news, Ethereum co-founder Vitalik Buterin surprised attendees at the Kyiv Tech Summit on Friday to show support for war-torn Ukraine. And LUNA, the cryptocurrency of the Terra blockchain’s recreated version after dramatically imploding earlier this year, tripled in price within a few hours time Friday, trading close to its all-time high set in early June when the token was introduced. The token’s price skyrocketed to almost $7 from less than $2, according to data by cryptocurrency price tracker CoinGecko, although it was more recently trading under $6.

BitBull's DiPasquale said he was "skeptical of a continued rally from here on in the absence of fundamental macroeconomic improvements," and that the upcoming ETH Merge and meeting later this month by the Federal Open Market Committee (FOMC) to decide on the size of the interest rate increase "remain key events to watch."

And this isn’t any old round: Venture arms of two of the nation’s biggest banks participated.

Kasikornbank bank, and Bank of Ayudhya, both put in an undisclosed amount.  Udomsak Rakwongwan, Forward’s co-founder, notes that this is the first time two regulated banks have invested directly in DeFi because they want to digitize and transform banking.

But while Thai banks need to operate in a heavily regulated environment – a product of the 1997 financial crisis – there just isn’t a clear regulatory environment for crypto.

Rakwongwan notes that Forward, despite being a Thai project, is incorporated in Singapore because of regulatory clarity there.

Siam Commercial Bank, another large bank in the country, has a blockchain venture fund and is “opening the gate for future regulation,” given its measured approach and positive relationship with regulators, Rakwongwan says. SCB recently dropped out of a deal to buy a majority of local exchange BitKub, on the advice of regulators.

Rakwongwan told CoinDesk that it has been in contact with the Thai SEC, with a meeting scheduled soon, and so far the reception his project has gotten has been positive.

But progress is slow. Meanwhile, the country is suffering from a brain drain. A low cost of living locally means that salary expectations are low, and Thai talent is competitive overseas. Web3’s remote-first work environment means collaboration happens without borders.

“I believe that there is hope for Thailand to become a center of innovation and technology. We have investors who are ready to support new talent,” said Chanon Charatsuttikul, another co-founder.

A $5 million round goes a long way in Thailand, Rakwongwan added. But there won’t be too many rounds like that invested in Thai companies until the regulation becomes clearer.

Vitalik Buterin Makes Surprise Appearance at Kyiv Tech Summit in Show of Support for Ukraine: The Ethereum co-founder, who was born in Russia, made time for the visit as his Ethereum blockchain is days away from the major overhaul known as the Merge.

MicroStrategy Files to Sell Up to $500M of Stock to Fund Bitcoin Purchases: The deal is a sign Executive Chairman Michael Saylor isn't backing off his audacious plan to turn his software developer into a bitcoin proxy.

After Big Rally Past $21K, Bitcoin’s Price Momentum May Not Last: Bitcoin’s price gain was the biggest in six months, leading a broad-market rally in cryptocurrencies that pushed the industry’s market capitalization back over $1 trillion.

MicroStrategy Files to Sell Up to $500M of Stock to Fund Bitcoin Purchases: The deal is a sign Executive Chairman Michael Saylor isn't backing off his audacious plan to turn his software developer into a bitcoin proxy.