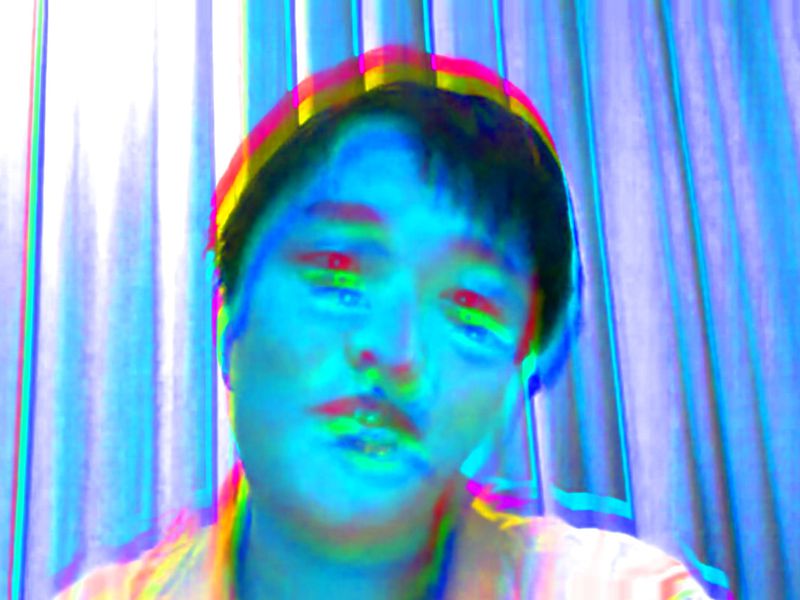 By Omkar Godbole and Bradley Keoun

The Ethereum blockchain's Merge – its shift to a more energy-efficient "proof-of-stake" network, seen by many analysts and developers as a historic milestone for the growing industry – is almost here. Crypto types are throwing watch parties.

According to ethernodes.org, the Merge is now about 17 hours away. CoinDesk's Sam Kessler and Sage D. Young just published a cheat sheet on how to monitor the Merge as it unfolds.

In the meantime, crypto markets appeared to have somewhat stabilized following the biggest sell-off since mid-August. Bitcoin fell 9.9% on Tuesday after a hotter-than-expected U.S. consumer price index report on inflation rekindled expectations that the Federal Reserve will be hawkish for a longer period of time than previously thought. The CoinDesk Market Index was up slightly on Wednesday.

At press time, bitcoin (BTC) was holding above $20,000. Ether (ETH), the native token of the Ethereum blockchain, gained 1% to $1,590 as funding rates in the perpetual futures market went further into negative territory – an indicator that more traders are betting the price will drop.

The path of least resistance for the crypto market appeared to be on the downside, with real or inflation-adjusted bond yields rallying. The yield on the 10-year U.S. Treasury inflation-protected securities, which are adjusted periodically to compensate for consumer-price increases, rose above 1%, the highest since 2018: 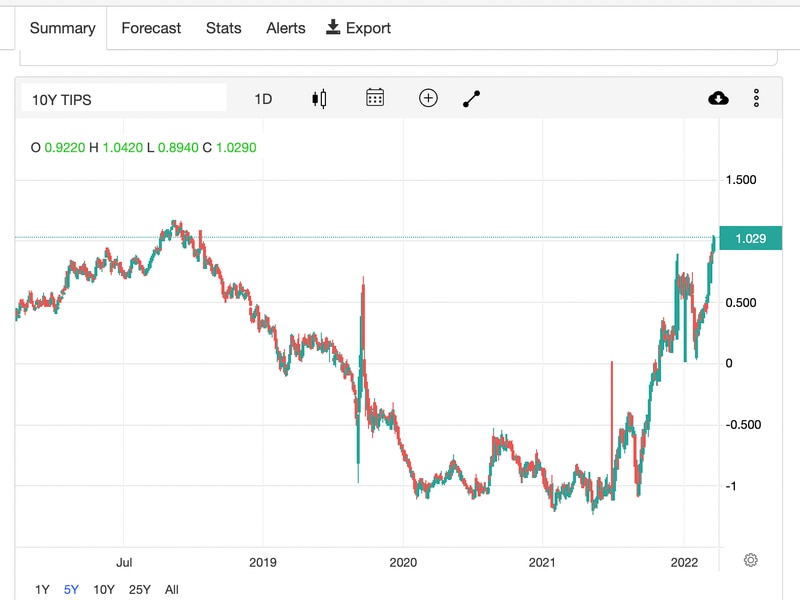 The crypto-markets spectacle of the day came from nearly 40-fold price rally in a meme coin named after Do Kwon, founder of the now-defunct Terraform Labs.

The recently launched jail kwon (jkwon) token, the self-proclaimed home of the world's first educate-to-earn program, rose 387% to $0.000908, according to the crypto data and analysis firm Messari.

The price surge came after a South Korean court issued an arrest warrant for Kwon, the primary developer of Terra's UST stablecoin, which crashed in May, destroying billions of dollars' worth of investor wealth.

"An arrest warrant has been issued for a total of six people, including Do Kwon, who are currently residing in Singapore," a spokesperson for the South Korean prosecutors said on Wednesday.

According to Bloomberg, the individuals have been accused of violating South Korea's Capital Markets Act. 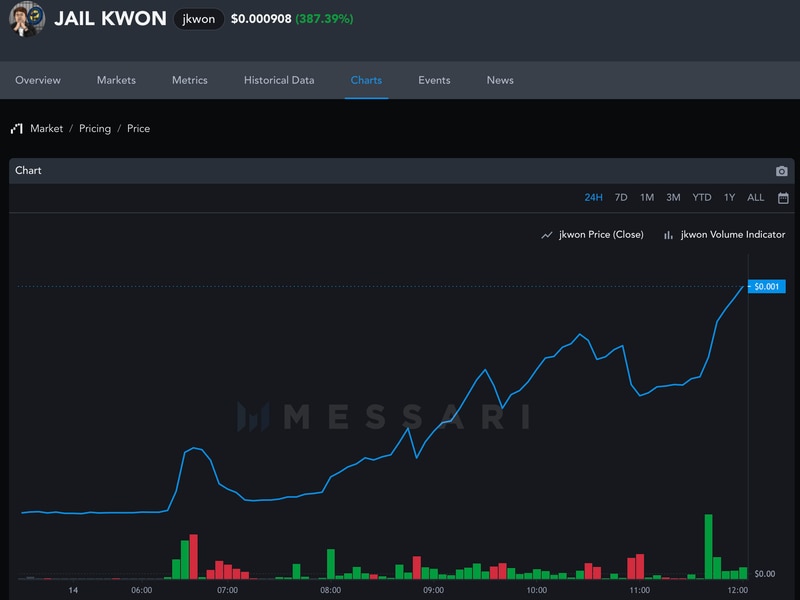 The jail kwon token went live on BNB Chain early this month and is listed on decentralized exchange PancakeSwap under the ticker JKWON.

The token’s white paper says the project's mission is to combine Web3 with Web2 to deliver something unique to the crypto market and "leverage the social media relevance and presence of Do Kwon and the Luna crash along with our Educate-to-Earn protocol to drive the awareness of the token."

The white paper adds that educating the community on crypto safety as the core fundamental of the token and Kwon's infamy would ensure a lifetime of "free marketing and spontaneous pumps." 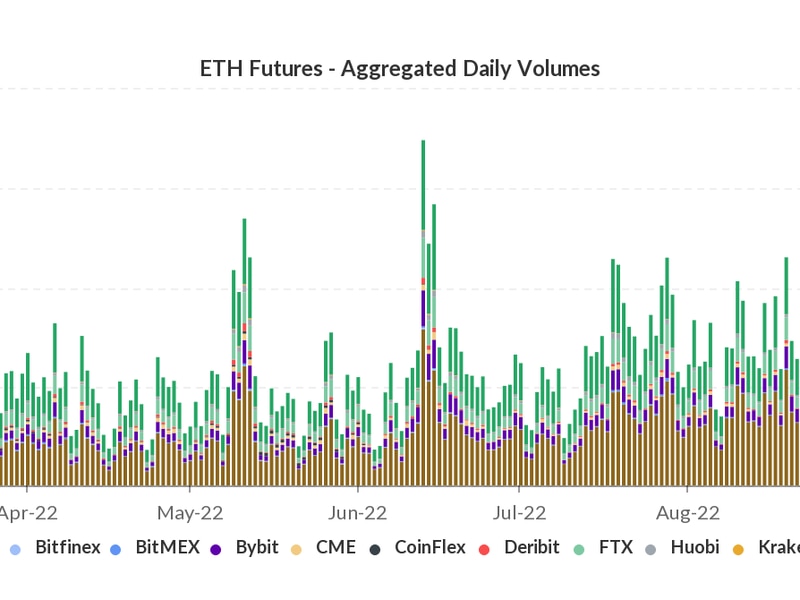 The aggregate daily volume rose to $61 billion on Tuesday, the highest since June 13, according to data tracked by Skew.

Traders have been taking short positions in a bid to profit from or hedge against volatility that might stem from Ethereum’s impending upgrade, dubbed the Merge.