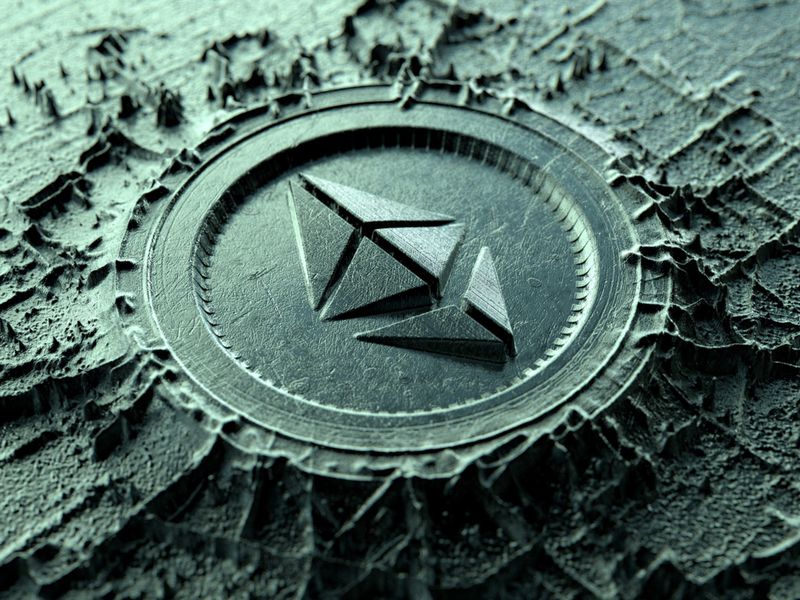 Bitcoin (BTC) was trading below the $19,000 threshold on Wednesday, down 6%, approaching this year’s lows. The world’s largest cryptocurrency by market value lost $1,000 in around four hours.

There was a mixed mood in markets. Futures tied to all three major U.S. stock indexes ticked up after two days of losses and European stocks were lower as the energy crisis prevailed in the region with skyrocketing natural gas prices.

Florian Giovannacci, head of trading at Covario AG, expects bitcoin’s weakness to continue in the mid to short term as he sees the energy crisis to be the leading topic for the next few months. “Right now it is really hard for investors to estimate the full impact on inflation and economic activity in general,” said Giovannacci in an interview with CoinDesk.

“A lot of uncertainty is creating a very risk-off sentiment, where the first assets to be hit are high risk assets such as crypto.”

Ether (ETH), which had a considerably better day than bitcoin Tuesday, appeared to be making up the difference on Wednesday: It was trading down 10% over the last 24 hours.

The token for Ethereum Classic, seen as a possible destination after Ethereum’s Merge for crypto miners who want to stay on a proof-of-work blockchain, tumbled 17% over the past 24 hours. The move almost completely wiped out big gains notched earlier in the week.

In the news, senior executive departures from Pantera Capital, a major cryptocurrency hedge fund and venture capital investor with $4.7 billion in assets, are wider than previously reported, according to people familiar with the matter.

Curve Finance, a prominent stablecoin swap application is nearing the launch of its native stablecoin, dubbed crvUSD, as per the initial code released by its developers on Tuesday.

By Lyllah Ledesma and Omkar Godbole

With investors’ eyes on ether as the Merge approaches, bitcoin’s dominance has dropped to levels not seen since January.

Bitcoin's dominance rate, or the leading cryptocurrency's share in the broader market, declined to 39.22% early Wednesday, the lowest since January 16, according to charting platform TradingView.

BTC's dominance could bounce, as pointed out by Scott Melker, popularly known as The Wolf Of All Streets. The question is whether the impending rise in BTC's dominance will stem from a market-wide collapse or a continued ether outperformance. 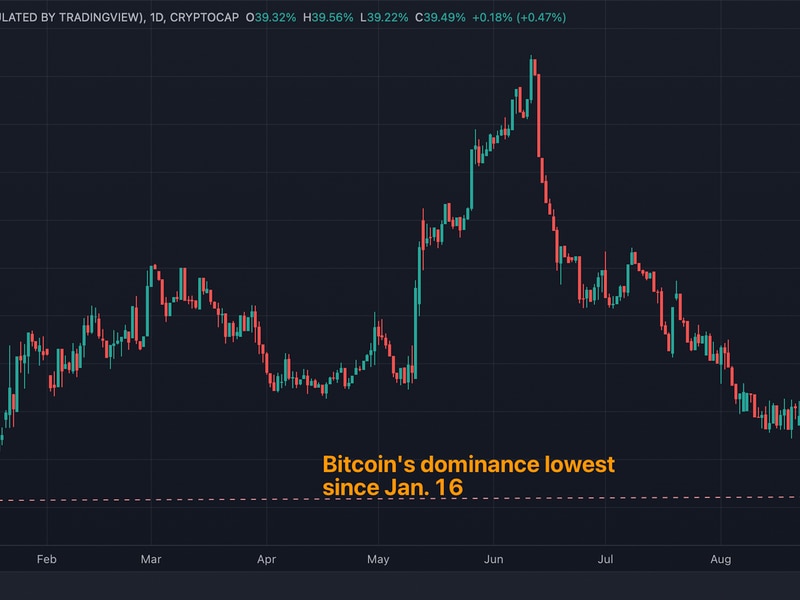 The price ratio between ether and bitcoin - tickerized as ETHBTC – is currently trading at 0.0839, a new yearly high. Last year, ether traded above the current level versus bitcoin on nine occasions, emphasizing that ether is trading at rare highs versus bitcoin, according to Arcane Research. “This shows the strength of the Merge narrative in the market,” said Arcane. 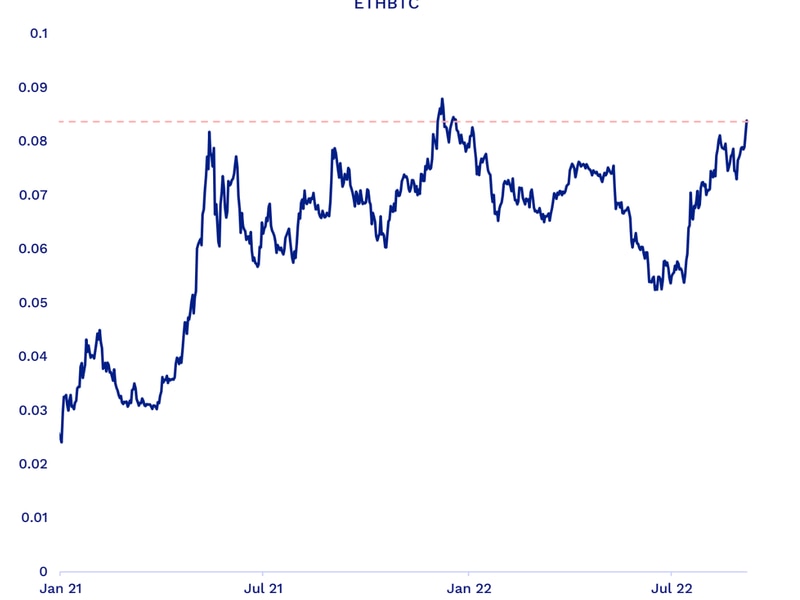