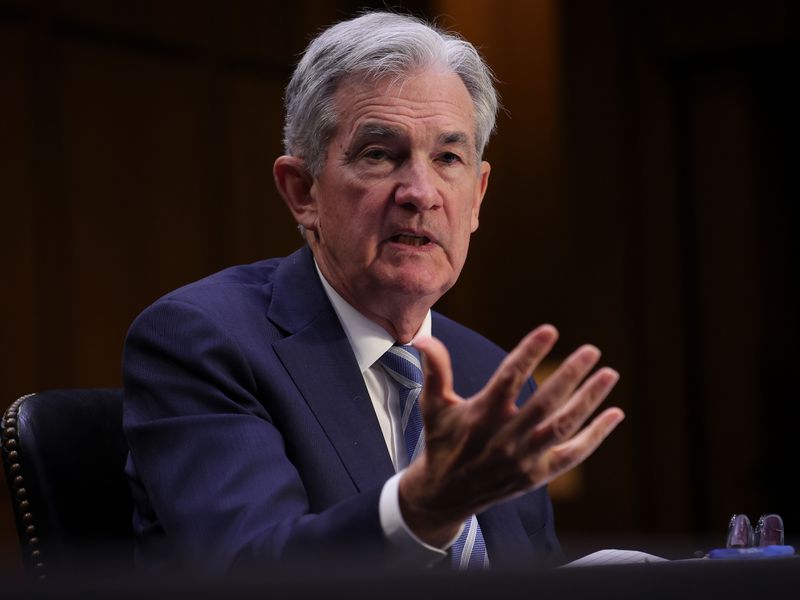 U.S. Federal Reserve Chairman Jerome Powell made his urgent message strong and clear about the central bank's mission to quickly bring down inflation.

"It is very much our view, and my view, that we need to act now, forthrightly, strongly, as we have been doing," Powell said during a question and answer session at the Washington, D.C.-based Cato Institute.

His remarks were made Thursday, the same day the European Central Bank (ECB) hiked its benchmark interest rate by 75 basis points – the largest such move in its history.

Amid all the news, bitcoin (BTC) remains near multi-year lows, currently trading at $19,200.

In the U.S. “the clock is ticking” on inflation, forcing the Fed to act quickly, Powell said. The Federal Open Market Committee (FOMC), the Fed's rate-setting body, next meets Sept. 20-21 and – following a string of hawkish remarks over the past couple of weeks – is widely expected to lift its benchmark Fed funds rate by another 75 basis points.

“The longer inflation remains well above target, the greater the risk the public does begin to see higher inflation as the norm,” Powell said.

As with his speech at the Fed’s annual economic symposium in Jackson Hole, Wyoming, last week, Powell took note of the “several failed attempts” by the 1970s Fed to cool inflation. Then-Chairman Paul Volcker finally took action to push for a rise in interest rates to extreme levels, thus pushing the U.S. into a difficult recession. Powell said it’s his hope today’s Fed can calm inflation without causing that kind of social cost.

Similar to remarks on Wednesday by Fed Vice Chair Lael Brainard, Powell stressed that restoring price stability will take time and cause some pain to the labor market and to households. It’s important, he said, not to claim victory over prices too soon.

“History cautions strongly against prematurely loosening policy,” said Powell. “I can assure you that my colleagues and I are strongly committed to this project and we will keep at it until the job is done.”

While most of the questions asked by Cato President Peter Goettler focused on monetary policymaking, Goettler also challenged the Fed chair on cryptocurrency issues, specifically stablecoins.

Powell appeared to take a dim view of unbacked crypto assets, noting they’re not a great store of value and the public has little interest in using them for payments. As for stablecoins, Powell stressed the need for proper regulation if these are to have the properties of money such as clarity, transparency and full reserves.

“I don't think you want to take money and make it into just another consumer product where sometimes it fails and sometimes it's good,” he said.

Powell’s comments on crypto were closely in line with remarks made Wednesday by Fed Vice Chair for Supervision Michael Barr in which he stressed the importance of greater regulatory oversight for crypto activities.