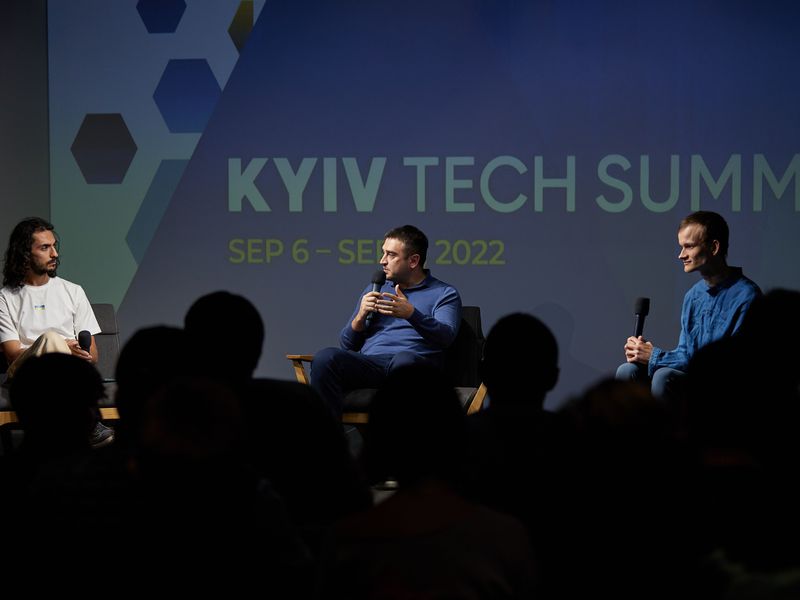 Ethereum co-founder Vitalik Buterin surprised attendees at the Kyiv Tech Summit yesterday to show support for the war-torn country, an appearance that was a closely guarded secret for security reasons, organisers told CoinDesk.

Buterin’s physical presence in Kyiv is particularly notable as Ethereum’s much-anticipated merge is just days away and the war in the country has intensified near Europe’s largest nuclear plant.

"I have been following Ukraine closely since the war started," said Buterin as the marquee speaker on the closing panel of the summit. "I wanted to come and see for myself... to just also let Ukraine know that lots of people in the Blockchain, Ethereum, crypto world really care about you guys and lots of people support you." 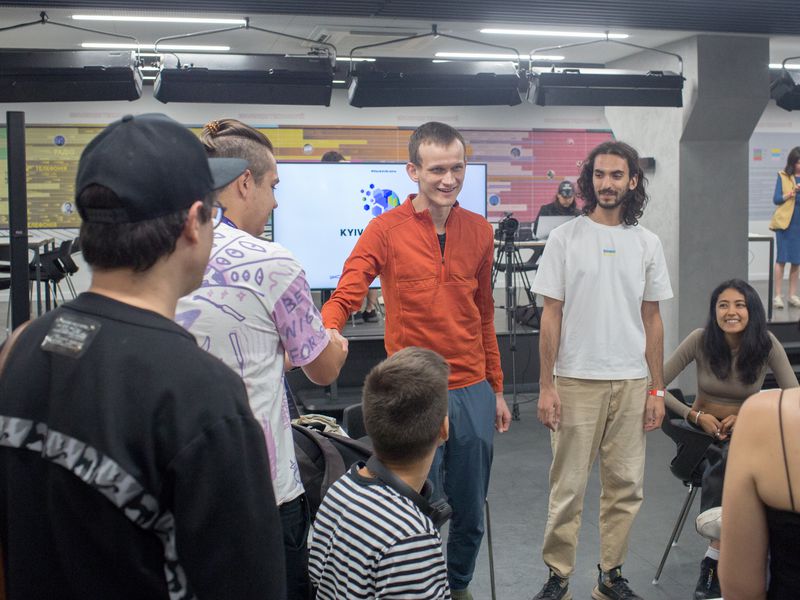 Buterin was in Kyiv at a time when U.S. Secretary of State Antony Blinken also made a surprise unannounced trip to Kyiv. Blinken did not attend the Kyiv Tech Summit.

The war time conference brought together 30 tech experts, the most high profile of them being Buterin and two government officials – Mykhailo Fedorov, the country's vice prime minister and Digital Transformation Minister for IT Development, and Alex Bornyakov, Fedorov's deputy and the face of Ukraine's use of crypto.

The three-day event was focused on 500 hackers who submitted almost 50 projects as part of a crypto-related hackathon to support Ukrainians in their fight for freedom. What stood out among the themes discussed were decentralized electoral voting, CBDCs, and the role of Web3 and blockchain in fighting disinformation.

Buterin who has made large monetary contributions to Ukraine's war-time effort also said he came to see what kind of projects people in Ukraine were up to, what they cared about, what they were building, and what kind of implications one would find in Ukraine for Blockchain, Web3, and Ethereum.

"It was incredible to have Vitalik join us on the ground as well as important figures from the Ministry of Digital Transformation," said CJ Hetherington, co-founder of the summit. "Kyiv Tech Summit is not just an ordinary tech event. It’s a protest, a movement and an embodiment of the unbreakable spirit of Ukraine."

Other speakers at the summit included, Kiril Khomiakov, general manager of Binance Ukraine, Illia Polosukhin, co-founder of NEAR Protocol, and Pavlo Kartashov, director of the Ukrainian Startup Fund.