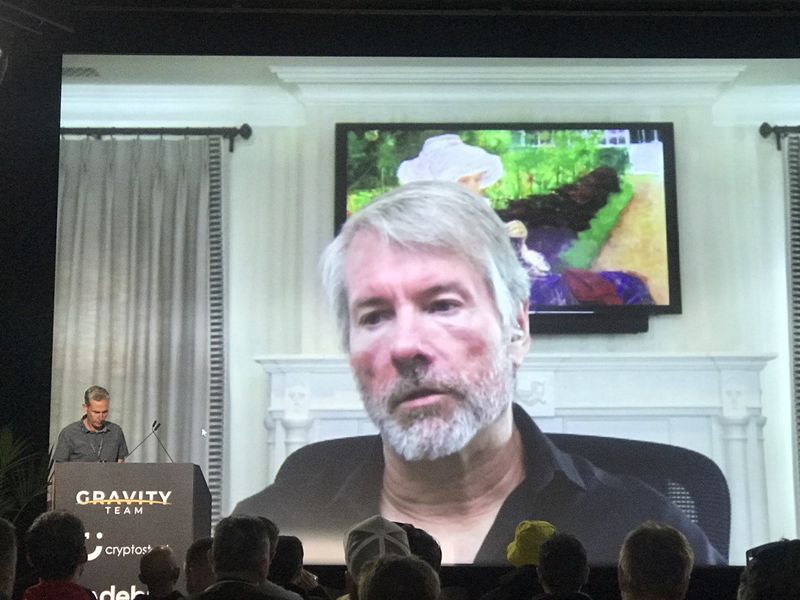 Michael Saylor, who transformed a sleepy software firm into a cryptocurrency powerhouse via a (currently underwater) multi-billion dollar bet on bitcoin, is now having the non-crypto part of the business work on bitcoin-related projects as well.

Speaking to an audience at the Baltic Honeybadger conference in Riga, Latvia, on Saturday, the executive chairman and former CEO of MicroStrategy said the firm's developers are working on solutions that would allow to onboard large numbers of people onto the Lightning network, a payment network on top of bitcoin allowing faster and cheaper transactions.

Saylor announced on Aug. 2 he stepped down as MicroStrategy CEO, retaining his position as chairman of the board and taking on the new title of executive chairman. At the time, Saylor said his successor would be able to focus on the company's software business while he continued his bitcoin evangelization. Now it appears at least some of that software business is going to be used to help make it easier for people to use bitcoin, which potentially would increase the value of the cryptocurrency the company holds.

Speaking to the audience via video call, Saylor praised Lightning as “the most important thing going on in the world in technology.”

He said MicroStrategy is looking for solutions that would allow companies to “roll out Lightning to a hundred thousand employees every day” or “open Lightning wallets for 10 million customers overnight.”

It’s still a very early stage and it’s yet to be seen whether any viable products would come out of this, Saylor said.

The announcement closely followed the one of the New York Digital Investments Group (NYDIG) during the BitBlockBoom conference in Texas in August, opening a Lightning accelerator to bootstrap development on the protocol.

Saylor has been known as a fan of the Lightning Protocol for a while, and he reiterated his trust in the technology’s big future.

“The advantage of Lightning is not just that you could scale up bitcoin for billions of people, or drive the transaction cost to nearly nothing, but also, the ethos of bitcoin is to go very carefully and not move fast on the base layer without the universal consensus, but in Lightning, you can move much more aggressively developing functionality and take more risks with the applications than you can with the underlying bitcoin layer,” Saylor said.

Lightning protocol allows users to open payment channels with each other and exchange multiple transactions before settling on-chain, which helps minimize fees and confirmation time: in bitcoin, transactions normally take 10 minutes or longer to be considered final.

Read also: Lightning Sucks, But It Could Help Build a Bitcoin Economy

After the company's latest purchase in late June, MicroStrategy owns 129,699 BTC, worth about $2.58 billion at current prices. The company has seen its bitcoin holdings shrivel in dollar value recently as the price of the leading cryptocurrency has lost more than two-thirds of its value since November 2021.

Crypto isn't the only reason Saylor has been in the news lately. On Aug. 31, the attorney general of the District of Columbia sued him for allegedly not paying his taxes over the last 10 years. Saylor disputes the charges.