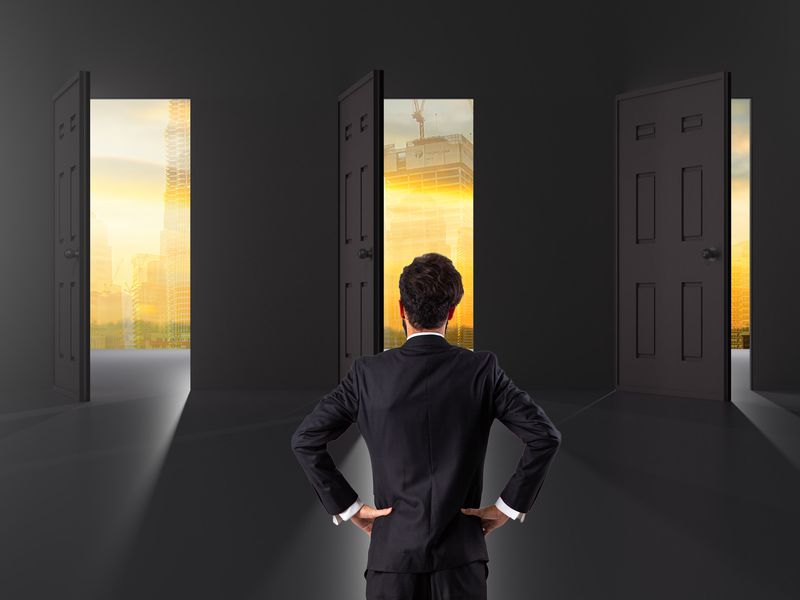 Crypto traders are gearing up for Ethereum’s Merge, the blockchain's transition from a proof-of-work (PoW) consensus mechanism to proof-of-stake (PoS), with assorted markets-related trades. But it's slim-pickings for equity investors who want to participate.

Read more: Ethereum Merge Explained: What Investors Should Know About the Shift to Proof-of-Stake

Nevertheless, there are some potential plays in equity markets, crypto exchange Coinbase (COIN) among them, according to Wall Street analysts. “At current ETH price/staked ETH we estimate COIN could generate $250MM revenue and $60MM contribution profit annualized,” said investment bank Cowen’s analysts led by Stephen Glagola in a Sept. 12 research note. However, he noted that the potential impact of the Office of Foreign Assets Control (OFAC) censoring transactions related to sanctioned addresses as a key risk factor on the exchange's staking business. Coinbase CEO Brian Armstrong said on Aug. 18, that he prefers not censoring transactions to and from those addresses after the transition to proof-of-stake.

ESG and the miners

The change is expected to eliminate miners and reduce Ethereum's energy consumption by at least 99.95%. This might bring the debate over environmental, social and governance (ESG) aspects of PoW versus PoS to the forefront because it could allow some institutional investors, who were barred from buying tokens that run on PoW, to purchase ether for the first time, Bank of America analysts said in a report this week.

There could also be an indirect impact on the crypto miners, with U.S. lawmakers having scrutinized the PoW process in recent months. “Successful Merge could increase scrutiny and U.S. jurisdiction risk on energy-intensive PoW mining,” said Cowen’s Glagola

Miners exposed to ether mining, such as Hive Blockchain (HIVE) and Hut 8 Mining (HUT), could also be affected because they will have to pivot to other mineable coins such as Ethereum Classic (ETC) or repurpose their available fleets of graphics processing units (GPUs). Both companies are planning on doing just that.

How the transition will impact the stocks, will likely be worth watching.

Chipmakers such as Nvidia (NVDA) and Advanced Micro Devices (AMD) for the GPUs may also see knock-on effects resulting from the Merge. “For GPU suppliers NVIDIA and to a lesser extent AMD, we view the upcoming Merge as a long-term positive for sentiment as it likely removes the risk of another painful crypto bang/bust cycle in the future,” Cowen wrote.

This could be particularly true for chip giant Nvidia as it continued to see its cryptocurrency mining processor (CMP) sales declining, dragging down revenues for its “OEM and Other” business unit.

There are some other smaller stocks exposed to the Ethereum network’s upgrade. Canadian listed Ether Capital (ETHC) is one. The company focuses on yield generation and providing infrastructure that supports the Ethereum ecosystem, according to its website. It owned 44,600 ether and staked ether as of Aug. 12, according to its latest investor presentation.

Another option is Tokens.com, which invests in Web3 assets and staking is among one of its businesses, according to its most recent investor presentation.

“Staking rewards continue to represent attractive revenue opportunities for long-term investors as they provide returns that are paid in kind,” Papanastasiou said in an Aug. 25 research note. “We note that both [Tokens.com] and [Ether Capital] continue to stake a significant portion of their portfolio and are earning high margins (roughly ~95%)."

Michael Bellusci contributed to this story.