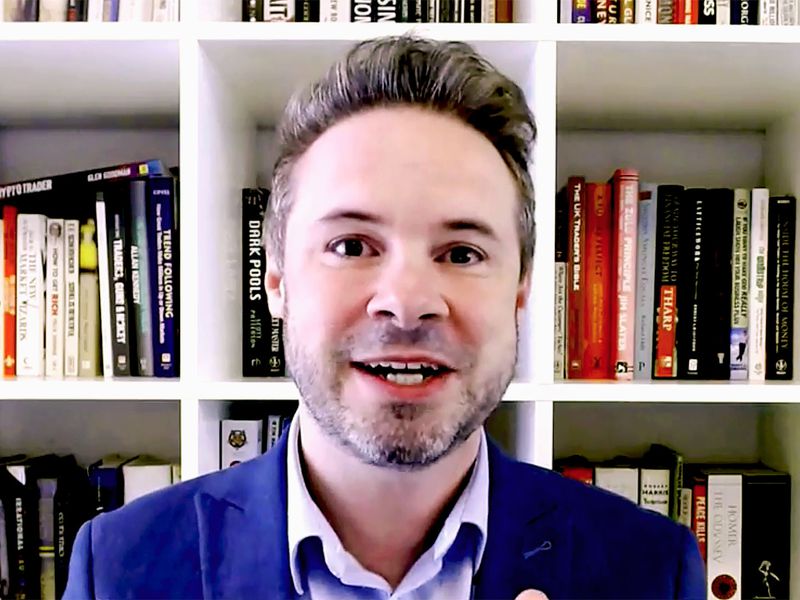 Bitcoin (BTC) may be up but that doesn’t necessarily mean the digital currency has a rosy future.

“There are no safe havens,” Glen Goodman, eToro crypto consultant, told CoinDesk TV on Tuesday, referring to price action in crypto, various world currencies and even U.S. Treasury bonds because of the increasing strength of the U.S. dollar.

“We’ve got a situation where as much money in the world as possible is going into dollars,” Goodman said during an appearance on CoinDesk TV’s “First Mover.” “That means everything else is starved.”

Even U.S. Treasury bonds – long considered to be the safest of safe havens by investors – "have been plummeting and plummeting, which in itself is a major danger to both the U.S. economy and the world economy," he added.

As for bitcoin, he noted that its price has risen, despite a lack of "good news."

"So imagine what a bit of good news like pausing interest rate [hikes] would mean to traders in the stock market and in the crypto market. Because stocks and crypto are so tightly correlated these days, it would be fantastic if opposing interest rates could just cheer everybody up," he said.

Bitcoin, the largest cryptocurrency by market value, rose more than 5% during early hours on Tuesday, nudging just above the key psychological threshold of $20,000.

Traders are analyzing bitcoin’s performance in the context of what’s happening in broader foreign-exchange markets.

Over the past five days, the British pound, Japanese yen and the Chinese yuan have plummeted significantly against the U.S. dollar.

A reversal in the dollar’s rise could come as traders “start taking their profits,” according to Goodman. This could lead to a burst in the dollar's bubble, eventually.

Goodman, who has more than two decades of trading experience, said central banks may need to pause the rise in interest rates to prevent a further “dangerous economic and market situation.”

The dollar’s strength has put pressure on countries with high loads of debt denominated in the U.S. currency.

“As the dollar rises, those debts get more and more expensive for all those countries to service,” Goodman said. “The only way that they can counter that is by raising the value of their own currencies, which means they have to raise interest rates, too.”

Falling commodities prices could be showing early signs that “inflation in the U.S. will naturally come down,” Goodman said.

“At the moment, markets are looking for any reason to rise,” he said.